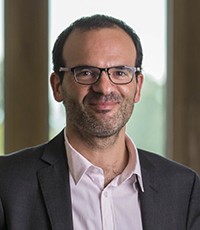 Newswise — With the United States and affiliated NATO troops preparing to pull out of war-torn Afghanistan by the end of 2014, attention will continue to focus on the 12-year war and the aftermath on its citizens.

But a new study on mental health in Afghanistan looks beyond the effects of war and identifies the root causes of mental distress and anxiety among its citizens: poverty and vulnerability.

“War exposure is undisputedly a factor of mental distress and anxiety, but other predictors, such as poverty and vulnerability, are stronger and probably more persistent risk factors that have not received deserved attention in policy decisions,” says Jean-Francois Trani, PhD, assistant professor at the Brown School at Washington University and lead author of a new study published in the online first edition of Transcultural Psychiatry.

“Political unrest and violence is fueled by despair and frustrations often associated with mental distress,” Trani says. “A lack of resources or inability to find work make it impossible to assume one’s social status. That, in turn, leads to distress that can conduct to young men choosing a path of violent opposition to authorities and an international presence.”

The study, “Vulnerability and Mental Health in Afghanistan: Looking Beyond War Exposure,” is co-authored by Parul Bakhshi, PhD, research assistant professor in the Program of Occupational Therapy at the Washington University School of Medicine in St. Louis. It shows that even in a time of war, mental health is influenced by a combination of demographic and socioeconomic characteristics linked to social exclusion mechanisms — factors that were in place before war began.

“The conflict magnifies factors that were already in place,” Trani says, “and are redefined in relation to the changing social, cultural and economic contexts.”

Trani says that with limited resources, policy makers need to prioritize and target the needs of social groups that have multiple vulnerabilities.

“Our study shows these groups are less resilient and more at risk of mental health distress and disorders,” Trani says. “Genuinely addressing their needs can only help build a more stable and prosperous Afghanistan.”

Trani, who also is a faculty scholar in WUSTL’s Institute for Public Health, is in his second year teaching at the Brown School and came to the university from the Leonard Cheshire Disability and Inclusive Development Centre in the Department of Epidemiology and Public Health at University College London.

He has firsthand knowledge of working among the poor in Afghanistan, having worked for a nongovernmental organization in Kabul eight years ago studying social exclusion in Afghanistan and identifying which groups are more at risk of poverty and vulnerability.

Trani also recently released a study on children and poverty in Afghanistan, “The Multidimensionality of Child Poverty: Evidence from Afghanistan” in Social Indicators Research.

Trani and Bakhshi have worked on a number of projects in Afghanistan in recent years and will keep a close eye on how the social climate evolves in Afghanistan as the international troops pull out.

“When reconstruction projects or humanitarian efforts come in, do all benefit, or are some excluded and why?” Trani asks. “What are the factors that explain these inequalities in terms of benefiting from economic or social intelligence? These are the questions that will weigh in on what ‘development’ will entail in everyday lives of Afghans in the coming years.”