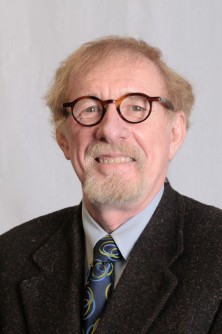 Interview with Goss can be seen at: https://youtu.be/bYTaKSyJ50k

July survey results at a glance: •After five straight months of advancing above growth neutral, the overall index sank below the 50.0 threshold. •More than one-third of businesses report global economic conditions as the greatest factor weighing on company sales. •More than one-fifth of companies named weakness in the farm economy as the biggest factor diminishing sales. •Manufacturing job losses were recorded for the month. •Companies expect to raise prices by 1.6 percent for the rest of 2016. Newswise — OMAHA, Neb. (Aug. 1, 2016) – The Creighton University Mid-America Business Conditions Index, a leading economic indicator for a nine-state region stretching from Arkansas to North Dakota, declined for July.

Overall index: The July Business Conditions Index, which ranges between 0 and 100, fell to 47.6 from June’s 50.1. This is the first time since January the reading has fallen below growth neutral 50.0.

Over the past several months the regional index, much like the national reading, has indicated the manufacturing sector is experiencing anemic to negative business conditions.

More than one-third, or 34.3 percent, of businesses report global economic conditions as the greatest factor weighing on company sales and business conditions over the past year.

“More than one-fifth of businesses, or 20.9 percent, named downturns in the farm economy as the largest factor slowing company sales and growth. Thus, the relative strength of the U.S. dollar, which has made regional manufactured goods less competitively priced abroad and pushed agriculture commodity prices lower, continue to slow regional manufacturing growth,” said Ernie Goss, Ph.D., director of Creighton University’s Economic Forecasting Group and the Jack A. MacAllister Chair in Regional Economics in the Heider College of Business.

Employment: While the regional employment gauge improved for June, the reading remains below growth neutral. The index rose slightly to 46.9 from June’s 46.1. “While the region’s manufacturing sector has lost jobs over the last several months, the overall regional economy continues to add jobs, but at a pace well below that of the nation and this time last year,” said Goss.

Wholesale Prices: The wholesale inflation gauge remained in a range indicating modest inflationary pressures at the wholesale level. The prices-paid index declined to 60.8 from June’s 66.7. On average, supply managers expect the prices for their firm’s products to expand by 1.6 percent in the second half of 2016.

“Prices for raw materials and supplies, as reported by regional supply managers, are rising at a pace that, if matched in future months, will push the core inflation rate above the Federal Reserve’s comfort zone. The core consumer price index, which excludes food and energy, has risen above 2.0 percent for eight straight months. As a result, I expect the Federal Reserve to increase rates before the end of 2016,” said Goss.

Confidence: Looking ahead six months, economic optimism, as captured by the July business confidence index, sank to 47.0 from June’s 51.9. “Global economic uncertainty, including June’s Brexit vote was a significant economic concern for a large share of supply managers in our survey,” said Goss.

Inventories: The July inventory index, which tracks the change in the level of raw materials and supplies, plummeted to 43.5 from June’s 54.0.

Trade: Surprisingly, the new export orders index rose to 52.5 from June’s 47.6 and May’s 52.1. The import index for July expanded to 51.0 from 47.8 in June. “Expansions among global trading partners more than offset a relatively strong U.S. dollar. A strong U.S. dollar makes U.S. goods less competitively priced abroad. However, I do expect the strength of the dollar to continue to weigh on export orders. At the same time, the relatively strong U.S. dollar, making foreign goods more competitively priced in the U.S., boosted imports for the month,” said Goss.

Other components: Components of the July Business Conditions Index were new orders at 41.9, down from 46.8 in June; production or sales were 47.6 for July unchanged from June; and delivery speed of raw materials and supplies rose to 58.3 from last month’s 55.4.

The forecasting group’s overall index, referred to as the Business Conditions Index, ranges between 0 and 100. An index greater than 50 indicates an expansionary economy over the course of the next three to six months. The Business Conditions Index is a mathematical average of indices for new orders, production or sales, employment, inventories and delivery lead time. This is the same methodology, used since 1931,by the Institute for Supply Management, formerly the National Association of Purchasing Management.

Missouri: The July Business Conditions Index for Missouri sank to a still regional high of 52.3 from June’s 54.0, also a regional high. Components of the index from the survey of supply managers were new orders at 47.8, production or sales at 51.7, delivery lead time at 59.9, inventories at 49.9, and employment at 52.2. “After expanding at a brisk pace beginning in the second half of 2013, vehicle manufacturers and related firms are now shedding jobs. However, more than offsetting these losses have been gains for nondurable goods producers including food processors in the state,” said Goss.

Nebraska: The July Business Conditions Index for Nebraska fell to 47.0 from 51.5 in June. Components of the index from the monthly survey of supply managers were new orders at 44.4, production or sales at 46.7, delivery lead time at 58.9, inventories at 43.7, and employment at 41.4. “Gains among nondurable goods producers, including food processors, were more than offset by losses from durable goods manufacturers such as agricultural equipment producers,” said Goss.

North Dakota: North Dakota’s leading economic indicator for July once again sank below growth neutral 50.0. The Business Conditions Index for the month declined to 40.8, a regional low, and down from June’s 41.3, also a regional low. Components of the overall index from the monthly survey of supply managers were new orders at 41.2, production or sales at 45.2, delivery lead time at 45.9, employment at 42.1, and inventories at 29.5. “North Dakota is unique among the nine regional states because it has a heavy dependence on both agriculture and energy, two sectors that continue to experience negative growth. As a result, North Dakota’s durable and nondurable goods producers are shedding jobs and experiencing pullbacks in economic activity,” said Goss.

Oklahoma: After moving above growth neutral for May, Oklahoma’s Business Conditions Index has been below growth neutral 50.0 for two straight months. The July index sank to 45.2 from 48.1 in June. Components of the July survey of supply managers were new orders at 46.8, production or sales at 46.3, delivery lead time at 51.3, inventories at 39.6, and employment at 42.1. “Over the last 12 months, Oklahoma has lost more than 12,000 manufacturing jobs with 90 percent of the losses recorded among durable or heavy manufacturing firms. Losses have been significant for metal manufacturers with links to the energy sector. On the other hand, food processors in the state continue to expand sales, but with only slight net new hiring,” said Goss.

South Dakota: The Business Conditions Index for South Dakota dipped to 50.2 from 51.1 in June. The index has been above growth neutral for seven straight months. Components of the overall index for July were new orders at 41.6, production or sales at 47.5, delivery lead time at 61.9, inventories at 51.0, and employment at 49.1. “In terms of employment, South Dakota’s manufacturing sector has added almost no net new jobs even as producers expanded sales and production. I expect the state’s manufacturing sector to add jobs in the second half of 2016 with the overall state economy expanding at a slow, but positive pace,” said Goss.

Survey results for August will be released on the first business day of next month, Sept. 1.