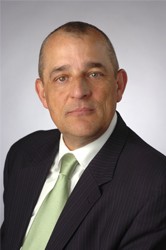 Newswise — In a monograph recently published by the Institute of Economic Affairs, author Roger Koppl, professor of finance at the Martin J. Whitman School of Management at Syracuse University, dissects the recent Great Recession in the United States and the prolonged economic slump that followed. In “From Crisis to Confidence: Macroeconomics After the Crash,” Koppl asserts that what may appear as market failure was actually the consequence of failed government policies. He makes a case for moving away from government command and control toward freer exchange.

Koppl attributes a loose-money policy as the driver of interest rates to inappropriately low levels. These ‘artificially’ low interest rates encouraged investment. This stimulus to investment is strongest for the most interest sensitive sectors, such as housing. At the same time, however, those low interest rates discouraged the very savings they seemed to reflect. In this way, a loose money policy by the government’s central bank created inconsistencies between the plans of savers and investors. For a while, there was a booming economy with growing output, but, because of those plan inconsistencies, the unsustainable boom ended in a bust, which is one way recessions happen.

“Since U.S. output peaked in December 2007, growth has been anemic, output remains below potential and unemployment has been persistently high,” shared Koppl who contends that the post-crash period is quite unlike typical post-war recession periods after which employment has generally recovered within about two years. “This pattern has held true in many European Union countries when repeated stimulatory measures have not affected a complete recovery. In the UK, for example, government borrowing has led the national debt to double in five years while output is still below potential.”

Koppl’s theory and how it applies to the Bank of England was mentioned by MP Steve Baker in a Treasury Select Committee hearing of the British Parliament. Just prior to the hearing, the two had met to discuss Koppl's work, which Baker had long followed. Baker, Mark Carney, governor of the Bank of England; Donald Kohn and Martin Taylor, Financial Policy Committee members; Andrew Bailey of the Prudential Regulation Authority and other members of Parliament were in attendance at the hearing to review and discuss the Bank of England’s semi annual Financial Stability Report.

The ‘Big Players’ theory Koppl shares in the monograph has also been cited by the Cato Institute in an article that appeared in Globe Asia. Author Steven H. Hanke referenced Koppl’s presentation of “measurements of regime uncertainty in the current crisis and their negative effects on confidence and economic activity.”

According to Koppl, the confidence crisis is the result of careening from one improvised policy to the next. He suggests that confidence is undermined by policy uncertainty and the ability for ‘Big Players’ to unduly influence the economic system. Big Players include governments, monetary authorities and regulators, though there can also be Big Players in the private sector. Policy uncertainty increased after the financial crash and the evidence suggests that this affected investment and growth.

In order to restore and maintain confidence, Koppl calls for an economic constitution with three key elements. First, there must be long-term fiscal discipline: investors must know that they can plan for the long term without either taxation or borrowing getting out of hand. Second, the role of Big Players must be reduced. Finally, there must be monetary competition and regulatory competition.

This monograph follows Koppl’s earlier work, “Big Players and the Economic Theory of Expectations,” which was awarded the annual best-book prize by the Society for the Development of Austrian Economics. Koppl has authored and co-authored numerous book chapters and research articles in leading scholarly journals. He is a past president of the Society for the Development of Austrian Economics and current editor of Advances in Austrian Economics, associate editor of Review of Behavioral Economics and blogger at ThinkMarkets. In addition to being on faculty at the Whitman School, Roger Koppl is a faculty fellow in Syracuse University’s Forensic and National Security Sciences Institute. He has served on the faculty of the Copenhagen Business School, Auburn University, Fairleigh Dickinson University and Auburn University at Montgomery and has held visiting positions at George Mason University, New York University and Germany’s Max Planck Institute of Economics.