27-May-2015 8:05 AM EDT, by Montefiore Health System contact patient services 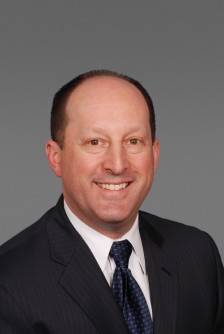 Newswise — NEW YORK (May 27, 2015) – Steven Libutti, M.D., F.A.C.S., director at Montefiore Einstein Center for Cancer Care and professor and vice chairman in the Department of Surgery at Montefiore Health System and Albert Einstein College of Medicine, has been named president of the American Association of Endocrine Surgeons. Dr. Libutti, who is also associate director of clinical services at Albert Einstein Cancer Center, will focus on initiatives that expand access to expert endocrine surgeons for patients in underserved areas and encourage and support clinical trial collaborations among endocrine surgeons throughout the United States.

The American Association of Endocrine Surgeons is a premier professional society dedicated to advancing the science and art of endocrine surgery. Members have spearheaded discovery of disease patterns and treatments of tumors of the pancreas, as well as diseases of the thyroid, parathyroid and adrenal glands.

“The American Association of Endocrine Surgeons has made substantial contributions to the field of endocrine surgery, particularly focused on education and quality improvement efforts,” said Dr. Libutti. “I look forward to working closely with my colleagues as we build on this legacy of establishing new platforms and tools to support the next generation of providers and to creating new pathways for enhancing patient care experiences.”

Dr. Libutti is an internationally recognized surgical oncologist and endocrine surgeon. In addition to his clinical expertise in the management of malignancies, Dr. Libutti is developing targeted nanoparticle therapies for metastatic neuroendocrine tumors. Since 2009, he has led multidisciplinary efforts in research and treatment of cancer at Montefiore Einstein Center for Cancer Care.

“We are excited to have Dr. Libutti lead the AAES to the next level and bring his tremendous energy and enthusiasm to advance the multi-disciplinary care for endocrine cancer patients,” said Douglas L. Fraker, M.D., chief of Endocrine Surgery at the University of Pennsylvania. “Dr. Libutti has already trained a generation of endocrine surgeons across the country, and as President of the AAES, he will have a greater platform to use his outstanding clinical skills and experience to impact more young surgeons.”

Dr. Libutti is a recipient of the NIH Director’s Award and the National Cancer Institute’s Director’s Gold Star and Intramural Innovation Awards. He has appeared on Castle Connolly’s list of “Top Doctors in America” and on New York Magazine’s list of “Top Doctors in New York.” In 2009, he was named the Marvin L. Gliedman, M.D., Distinguished Surgeon at Montefiore Medical Center. Prior to being appointed director of the Montefiore Einstein Center for Cancer Care, Dr. Libutti was a researcher, surgeon and Section Head at the National Cancer Institute.

About Montefiore Health SystemMontefiore is a premier academic health system and the University Hospital for Albert Einstein College of Medicine. Combining nationally-recognized clinical excellence with a population health perspective that focuses on the comprehensive needs of the communities it serves, Montefiore delivers coordinated, compassionate, science-driven care where, when and how patients need it most. Montefiore consists of eight hospitals and an extended care facility with a total of 2,747 beds, a School of Nursing, and state-of-the-art primary and specialty care provided through a network of more than 150 locations across the region, including the largest school health program in the nation and a home health program. The Children's Hospital at Montefiore is consistently named in U.S. News' "America's Best Children's Hospitals." Montefiore's partnership with Einstein advances clinical and translational research to accelerate the pace at which new discoveries become the treatments and therapies that benefit patients. The health system derives its inspiration for excellence from its patients and community, and continues to be on the frontlines of developing innovative approaches to care. For more information please visit http://www.montefiore.org. Follow us on Twitter; like us on Facebook; view us on YouTube.

About Albert Einstein College of Medicine Albert Einstein College of Medicine of Yeshiva University is one of the nation’s premier centers for research, medical education and clinical investigation. During the 2014-2015 academic year, Einstein is home to 742 M.D. students, 212 Ph.D. students, 102 students in the combined M.D./Ph.D. program, and 292 postdoctoral research fellows. The College of Medicine has more than 2,000 full-time faculty members located on the main campus and at its clinical affiliates. In 2014, Einstein received $158 million in awards from the National Institutes of Health (NIH). This includes the funding of major research centers at Einstein in aging, intellectual development disorders, diabetes, cancer, clinical and translational research, liver disease, and AIDS. Other areas where the College of Medicine is concentrating its efforts include developmental brain research, neuroscience, cardiac disease, and initiatives to reduce and eliminate ethnic and racial health disparities. Its partnership with Montefiore Medical Center, the University Hospital and academic medical center for Einstein, advances clinical and translational research to accelerate the pace at which new discoveries become the treatments and therapies that benefit patients. Through its extensive affiliation network involving Montefiore, Jacobi Medical Center—Einstein’s founding hospital, and three other hospital systems in the Bronx, Brooklyn and on Long Island, Einstein runs one of the largest residency and fellowship training programs in the medical and dental professions in the United States. For more information, please visit www.einstein.yu.edu, read our blog, follow us on Twitter, like us on Facebook, and view us on YouTube.

About the American Association of Endocrine SurgeonsThe American Association of Endocrine Surgeons (AAES) is dedicated to the advancement of the science and art of endocrine surgery. Its members have clinical expertise in and research interests that focus on endocrine surgical diseases. They are certified by either the American Board of Surgery of the United States, the Royal College of Surgeons of Canada or the equivalent governing boards in Mexico and South America. Membership has recently expanded to include international leaders in endocrine surgery and allied specialists that have demonstrated a similar focus of practice. The AAES is committed to providing surgical expertise in diseases of the thyroid, parathyroid, adrenal glands as well as in neuroendocrine tumors of the pancreas and GI tract. The goal is to discover and promote the best treatments for endocrine disease to help improve patients' lives.