More Than the Games: The Olympics and the Global Spotlight on Societal Issues 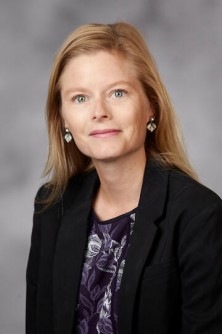 Millions of spectators tuned in Friday to watch the opening ceremony of the delayed 2020 Tokyo Olympics. But will the behind-the-scenes happenings keep viewers coming back for the next two weeks even more than the feats of athletic prowess?

Students in one UNLV virtual classroom are poised to find out.

Their assignment? Watch the Olympics with those questions in mind: How do topics like race, gender, class, politics, sustainability, and mental health intersect with the games and play out on the world stage?

“We’re going to see all of those elements take place in the Tokyo Olympics,” said Kendra Gage, an assistant professor in the Department of Interdisciplinary, Gender, and Ethnic studies who leads the “Topics in Sports History: The History of the Modern Olympics” course.

“The Olympics is an area we can study to see changes that have occurred and still need to occur in our society and the larger global society as well.”

Students in Gage’s class, which has been offered several times at UNLV over the past 10 years, will produce individual podcasts that compare and contrast Olympic history with the present day.

“I love sports but I especially love the Olympics,” Gage said. “There is just so much history that can be unpacked.”

We checked in with Gage to get the scoop on some of the readings and topics she expects to stoke discussion among her students, as well as the media and viewing public.

First some background: When, where, and why were the modern Olympics created?

It all started in the 19th century with one man: Pierre de Coubertin. After traveling abroad to the U.K. and America, he was frustrated with the academic and physical educational systems in his home country of France. In short, he was part of high society and thought many of the French were — in today’s terms — lazy and needed to do better at expressing cultural values to the world.

His idea? Recreate the ancient Greek Olympics as a vehicle to bring nations together and as a platform for people to showcase health and cultural progress, highlight fair and equal opportunity, and to display cultural expression.

Coubertin created the International Olympic Committee (IOC) in 1894, and — in a nod to the ancient Greek Olympics  — the first games were held in Athens in 1896.

The event was an immediate success, and the second games were held in Paris. Interestingly, the third games in 1904 encountered a bit of a hiccup. The event was held in St. Louis — a small city at the time that was hard for international spectators to reach by boat then train — and  was therefore attended by a mostly U.S. contingent. However, it was held alongside the St. Louis World’s Fair, another international expo that also featured games, so most of the public’s focus was on that rather than the Olympics. In fact, some participants were surprised to receive Olympic medals because they thought they were competing in the World’s Fair games.

How long did it take for the event to encounter complications outside the games themselves?

Rather than winning, early on the emphasis was on participation and bringing together nations in a neutral environment that wasn’t meant to be political. But politics are inherently a part of sports — especially when you build them on a platform to express nationalism and against a backdrop of World Wars and the Cold War, where nations are trying to prove they’re a superpower.

The only times the modern Olympics have been canceled was in 1916, 1940, and 1944 both because wars meant the event wasn’t a safe place and the IOC didn’t want politics involved. However, politics came into play very loudly from the start and continue to be entrenched today.

In regards to gender, the Olympics grappled with gender issues from the first games. No female competitors were allowed, as Coubertin felt women’s only roles should be as spectators and to put crowns upon winners' heads.

For the second games in Paris, 22 women participated in high society sports like archery and lawn tennis. In 1904, a few women were allowed to compete in basketball and boxing. They were exhibition sports, rather than an official part of the games, but those were the first barriers to be broken. Today we see more female athletes because the IOC has been committed to gender balance.

What are a few of the most memorable examples of outside issues dominating the games?

I like to use the 1936 Olympics as an example because it was held in Berlin. Hitler was in power and there was a large call in the U.S. to boycott the games. Organizers balked at the controversy, calling the event a site of neutrality — devoid of politics. American Olympic Committee president Avery Brundage traveled from the U.S. to Germany for a tour, where he was assured that all competitors would be treated equally and that the German team would allow Jewish athletes. He came back and convinced the U.S. to participate. Even Black newspapers like the Chicago Defender called on Black Americans to show their place in the world. Today, we know that the games were leveraged as a platform for Hitler to show his dominance in the world, and it's the first time we see politics play out in an overt way on the Olympic stage.

Relatedly, Brundage eventually became known as “Slavery Avery” because of his own history  of sexism, racism, and anti-Semitism. That partially includes the 1968 Olympics when two Black track stars — Gold medalist Tommie Smith and Bronze medalist John Carlos — were kicked off the U.S. team after raising fists, now known as the Black Power Salute, on the award podium while the national anthem played. Brundage, who was then president of the International Olympic Committee, was instrumental in getting Carlos and Smith kicked out of the Olympic Village.

The impact of the Cold War is another big one. There was an “us vs. them” tension between the United States and the Soviet Union, which exploded in a fixation on the medal count as a means of showing superiority. This was evident in the 1980 “Miracle on Ice” hockey match, where the U.S. defeat of the Soviets was seen as a shift in the balance of power in the Cold War.

What non-athletic issues have made the biggest headlines so far this year? Are there others you anticipate popping up this round or in the future?

What about the idea of amateurism, its intersections with social class and socioeconomics, and the impact on athlete participation?

Initially, Olympic athletes were supposed to be amateurs — they collected no pay for participation in any sort of sports. That evolved over time because the Olympics became much more commercialized. To do that, you have to use pro athletes and, to fund training, you need brand endorsements from companies.

Pierre de Coubertin was a member of the aristocracy, so he wanted the games to focus on “gentlemen's sports” —  and they don’t take pay for play. That changed when the Soviet Union started to participate. They took young kids to Moscow for vigorous training. At first, people around the world were opposed and saw it as manipulation and oppression. But the Soviet Union did so well that others began to replicate their model.

The U.S. started club sports, where kids as young as 3 or 4 would participate. And it came to a head with U.S. participation in basketball when NBA players became involved in the Olympic games. So, the idea of amateurism is completely out the window.

Now we see people who are generally paid decently to play at this elite level. And that’s another interesting facet: Some athletes rely on their Olympic performance to get brand endorsements afterward and therefore continue to train and make a living.

An extreme example was Jim Thorpe, a Native American athlete whose 1912 Olympic medals and records were stripped because the IOC discovered he was paid $25 per week to play semi-professional baseball prior to competing. In that era, it was common for athletes to play professionally before Olympic competitions but use pseudonyms to avoid detection. Thorpe didn’t change his name and therefore came under fire. His medals were posthumously returned to his family and there are calls for his records to be restored as the rightful sole champion. Thorpe has been called one of the greatest Olympians of all time.

The Olympics are always in the news for things other than the games themselves. Will that impact its future?

For example, not all of this year’s games are being held in Tokyo. The locations are spread throughout the country. In the future, we might see a main host city with other cities involved to alleviate both the costs and environmental impact of the Olympics.

With that said, we need future host cities to consider ways to make the Olympics more eco-friendly. I just watched a program on the Las Vegas water shortage. Would hosting the games here further strain our resources? It has nothing to do with the games themselves, but must be addressed on the global stage. So far, Tokyo has been called the most eco-friendly of the games, but I'm curious to see final reports. The 2028 games will be in Los Angeles and will likely impact Las Vegas directly, so our leaders should start anticipating that.

Also, gender equality needs to be addressed. We still see global wage gaps between men and women, and the Olympics is another platform to discuss that. The IOC itself has very few women within its organization, so the organization should address that as well.

Last, I’d say that I’m always a big fan of watching which new sports they add each time. The five newest are skateboarding, karate, surfing, sport climbing, and a re-introduction of baseball and softball. Several of them show a mesh, with the X Games meeting the Olympics, which is an interesting transformation. It shows how sports are evolving, what’s popular, and what’s not.