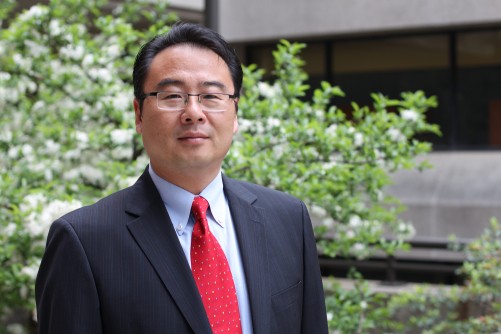 Newswise — The University of Kansas Cancer Center’s Cancer Control and Population Health program got a boost in April when Won Choi, Ph.D., and his colleagues were awarded a $2.7 million, five-year NCI grant to create an Internet-based program to help American Indian tribal college students stop smoking.

Dr. Choi’s new project builds on a long history of successful research efforts in Native communities. In 2010, the medical center was awarded a $7.5 million National Institutes of Health grant to launch the Center for American Indian Community Health, led by Christine Daley, Ph.D., to address the enormous health disparities common among American Indians.“American Indians suffer from the greatest health disparities,” Dr. Choi notes. “You name the disease, they have the worst prevalence compared to other racial or ethnic groups. They have the highest rates of obesity and diabetes, and the highest rates of smoking, which is my particular area of interest.”

KU researchers in the Center for American Indian Community Health enjoy a strong relationship with the tribes in Kansas as well as Haskell Indian Nations University, whose students represent more than 250 tribes throughout the country. Initially, Dr. Choi says, collaborations with Haskell led to All Nations Breath of Life, a culturally tailored program designed to help American Indians stop smoking while respecting their traditions involving tobacco – a program that’s showing remarkable success.

“Our intent was to develop a program for adult to middle-aged and older American Indian smokers not just from our region but throughout the country,” Dr. Choi says. The work at Haskell led to other projects allowing Drs. Choi and Daley to gather information on tribal college students’ health behaviors, such as fruit, vegetable and alcohol consumption and tobacco use. With the new NCI funding, Dr. Choi says, they will begin developing the culturally tailored smoking-cessation program specifically for tribal college students and their online environments. “The first year will deal with fine-tuning the intervention – we’ll conduct focus groups and do qualitative studies and integrate ideas recommended by the potential participants,” he says.

It’s just one example of The University of Kansas Cancer Center’s wide expertise in Cancer Control and Population Health.

“The difference between public health and medicine is we’re trying to prevent diseases in populations, while medicine primarily deals with treatment of individuals after the fact,” Dr. Choi notes. “With this particular grant we’re not treating cancer – we are trying to do two things: prevent smoking addiction and get current smokers to quit, in order to prevent future lung cancers as well as other cancers attributable to smoking.”

Over the past decade, the National Institutes of Health has prioritized efforts to reduce health disparities, Dr. Choi points out. “As epidemiologists, we try to identify populations or sub-populations with the highest risk factors. If your resources are limited but you can target your intervention to the population with the highest risk factors, then you can more efficiently reduce morbidity and mortality. If you look at most studies, the comparison group is the Caucasian population. That’s because in most cases, they have the lowest rates of either the risk factor or disease. So you will continue to see the NIH and NCI focus on reducing health disparities across all high risk behaviors and diseases.”

As Dr. Choi notes, public health encompasses a broad range of health disciplines and health fields. “When all of us wake up every morning, from the moment you wake up and brush your teeth, go to work, go out to eat for lunch, you interact with public health. When you eat lunch at a restaurant, it’s been inspected by health inspectors. When you drive to work, public health laws prevent or reduce injuries. Fluoride in your toothpaste is public health.”

And, as Dr. Choi and his colleagues are showing, public health is one of our best tools for fighting cancer.