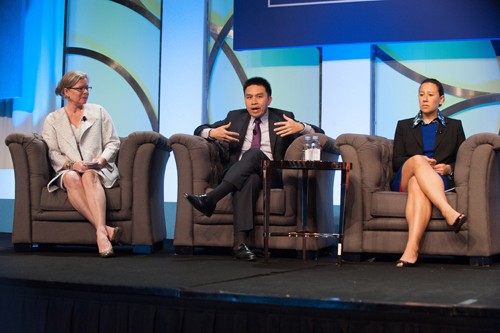 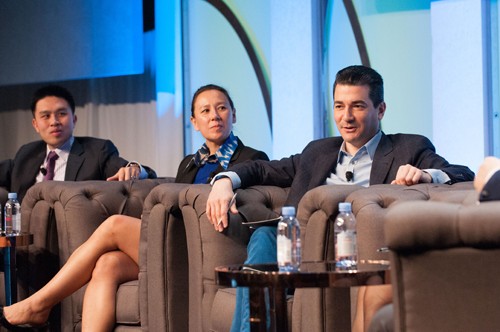 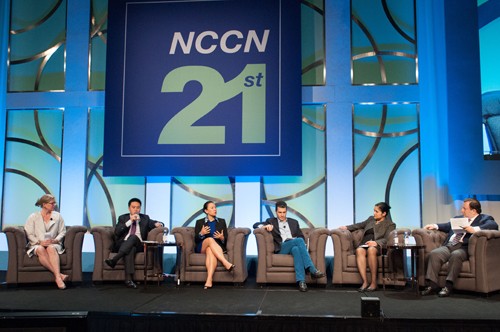 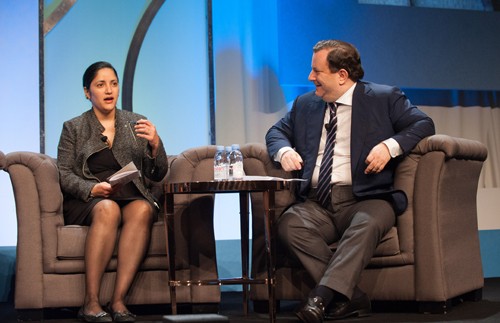 Please note: This release includes expanded quotations, updating and clarifying a previous version issued by NCCN on April 7, 2016.Newswise — FORT WASHINGTON, PA — The next President of the United States will face multiple challenges in managing the nation’s health care and, in particular, cancer care — most notably how to pay for therapeutic innovations on the horizon and ensure patients have access to them.

Whether and how a new administration will tackle these issues was the subject of the roundtable, “Emerging Issues in Oncology: Cancer Care in an Election Year,” held during the National Comprehensive Cancer Network® (NCCN®) 21st Annual Conference on April 1, 2016.

Dr. Patel opened the session, attended by more than 1,000 oncology professionals, by asking how America is succeeding and not succeeding in the delivery of health care.

The Challenge to Align Incentives

The effort to align incentives among patients, providers, and payers in order to deliver the right care at the right time remains a challenge, but we are making progress, said Ms. Bjorklund, the former Democratic Staff Director for the Health Subcommittee of the House Committee on Ways and Means, who played a leading role in the creation and enactment of the Affordable Care Act (ACA).

But such discussions are likely to remain rhetorical, said Dr. Chen, a veteran of four presidential campaigns, the most recent, Senator Marco Rubio’s.

“People in the public policy environment are sick of talking about health care,” Dr. Chen said.

All issues are viewed through the lens of cost, he added, and cost is still a big problem politically and on the ground. On a more optimistic note, policy makers do realize there is life in health care beyond the ACA. One key issue, he noted, is the structure of bureaucratic organizations and whether they are ready to handle the innovation coming out of the private sector.

Dr. Fowler, who served as special assistant to the president for Healthcare and Economic policy at the National Economic Council, was chief health counsel to the Senate Finance Committee chair where she developed the Senate version of health reform. She pointed to accomplishments of the ACA — that 20 million Americans are newly covered, the proportion of uninsured is below 10%, the rate of health care spending has slowed, and the ACA’s payment changes are encouraging collaboration and innovation in delivery. Dr. Fowler said she is worried about cost sharing and the high out-of-pocket burden patients are asked to bear.

Dr. Gottlieb, a clinical assistant professor at the New York University School of Medicine and former U.S. Food and Drug Administration (FDA) Director of Medical Policy Development, voiced concern that introducing new technologies has become prohibitively expensive and that consolidation in the health care industry driven by payment reform is creating local monopolies that will reduce productivity and drive up prices. On the consumer side, he said, accommodations to insurance companies and a narrowing of the providers network and drug formularies have left consumers underinsured for drugs.

On the other hand, the pace of translation of new therapies has sped up in recent years thanks to technology. The use of monoclonal antibodies developed in 1970 took 30 years to translate to patents. “Now we’re seeing ten-year journeys. That’s something to be optimistic about,” Dr. Gottlieb said.

The Path to Innovation

Innovation, Dr. Patel argued, is not going to come from the top down, but from primary care physicians, who are the lowest paid physicians in the system but responsible for millions in spending. Accountable Care Organizations (ACOs) were a good foundation, she said, but a new, more flexible model needs to evolve. She added that her practice is seeing more patients who have never had care before, and are ill, some diagnosed with cancer, needing multiple services. “I’ve become a gatekeeper to be the point of care, but I’m measured in a fee-for-service way.”

Merely consolidating providers isn’t going to give rise to innovation in healthcare delivery. Rather, innovation in delivery is typically the result of new start-up ventures, often backed by venture capital. This is the example of many of the great innovations in healthcare services, such as home infusion services, outpatient dialysis, and skilled nursing facilities, all of which were concepts developed by entrepreneurs. Dr. Gottlieb said, adding that venture capital is instead going to IT start-ups, that are less capital intensive, rather than new facilities-based start-ups.

There will be increasing pressure on reimbursement and on how academic medical centers integrate with other parts of the economy. We don’t realize how much of a role we have given government in driving innovation, Dr. Chen said.

“We keep looking for the sweet spot between capitation and fee-for-service,” Ms. Bjorklund said, pointing to their respective incentives to undertreat and overtreat. “Assigning accountability and measuring clinical care to right-size everyone in the system is an elusive goal, but everyone is trying. The system is in flux, but the status quo is indefensible,” she said. A balance of public and private sector innovation can drive better public policy, she noted, but “we always need to proceed thoughtfully with large-scale changes to Medicare to ensure we don't upset a critical program providing coverage to nearly 50 million people."

Medicare Part B: A Good Deal?

Marc Samuels led the second part of the panel with a discussion around the controversial proposed payment changes to Medicare Part B that would reduce add-on payments to drugs’ Average Sales Price (ASP) to 2.5% from today’s 6%, while adding a flat fee per drug per day. Centers for Medicare & Medicaid Services (CMS) claims that this model would deincentivize physicians from prescribing higher-priced drugs.

Ms. Bjorklund explained that the demo is proposed under the authority of the Center for Medicare & Medicaid Innovation (CMMI), which was created under the ACA as a framework for testing and expanding new payment and delivery system reform ideas, as long as those ideas maintained access and quality and either maintained or decreased spending. If these goals are met, a proposal can be expanded and made permanent without congressional action.

“I think the Medicare Part B demo will be a campaign issue,” Dr. Chen said earlier in the panel. “What is the appropriate role of government in setting payment policy and influencing the kind of care that patients receive?”

The discussion then turned to medical breakthroughs in cancer and whether the U.S. health care system — which costs as much as the GNP of the world’s fourth largest economy — has the capacity to deliver new therapies to the patients who need them.

Our country wants a system that rewards quality, outcomes, innovation, and patient access, Dr. Fowler said, but there are impediments: “We’re moving toward a value-based world, but we have a system built on a fee-for-service chassis.” Another challenge, she added, are the data systems used by the FDA and by IT systems, which keep doctors and hospitals from seeing outcomes. “We need to the tackle the system collectively.”

Ms. Bjorklund said that the fear of how data would be used is hampering the sharing of data: “In the U.S., there’s so much fear around good data and how it can be used. We need to move away from a fear of ‘rationing’ and be looking at it as an opportunity to drive better outcomes, getting the right care to the right patient in the right setting at the right time.”

The panel closed with Mr. Samuels asking panelists to predict which of the presidential candidates will win the election and what the effect might be on health care policy.

Dr. Patel ventured a prediction that Hillary Clinton will be the victor and that Americans will see tweaks to the current health care system in IT, meaningful use, and drug pricing. She advised looking at the CAP reports to see where a Clinton administration would focus their efforts.

Dr. Gottlieb predicted that Donald Trump would lose momentum following a loss in Wisconsin and that Ted Cruz will emerge from a brokered Republican Convention. After that, it’ll be a very close election, he said.

“If Trump doesn’t get to 1,237 delegates before the convention, I don’t see how he can be the nominee,” said Dr. Chen, adding that Sen. Cruz would be in a good position to win, but it could be someone else as well. “I do think we’re headed to an open convention.”

“I think Clinton will prevail,” Ms. Bjorklund said. If she wins, Ms. Bjorklund said, Clinton may face a Democratic Senate but probably a strongly Republican House, and there is likely to be continued gridlock on health care issues. However, if they end up in a protracted budget or deficit reduction negotiation, it could open the door with Speaker Paul Ryan for a lot of discussions, she said.

If a Republican wins, she added, “the rhetoric around the ACA has been so toxic on repeal and replace, they’d have to at least go through the motions of repeal, which entails taking health care away from millions of people and upsetting one-sixth of our economy. Now what?”

About the National Comprehensive Cancer NetworkThe National Comprehensive Cancer Network® (NCCN®), a not-for-profit alliance of 27 of the world’s leading cancer centers devoted to patient care, research, and education, is dedicated to improving the quality, effectiveness, and efficiency of cancer care so that patients can live better lives. Through the leadership and expertise of clinical professionals at NCCN Member Institutions, NCCN develops resources that present valuable information to the numerous stakeholders in the health care delivery system. As the arbiter of high-quality cancer care, NCCN promotes the importance of continuous quality improvement and recognizes the significance of creating clinical practice guidelines appropriate for use by patients, clinicians, and other health care decision-makers. 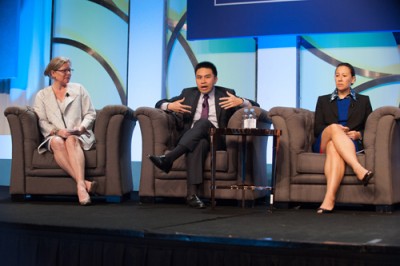 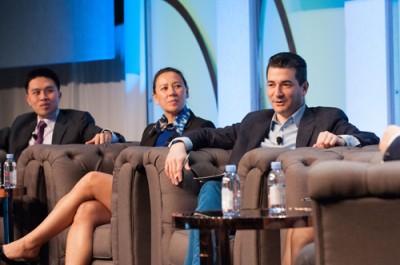 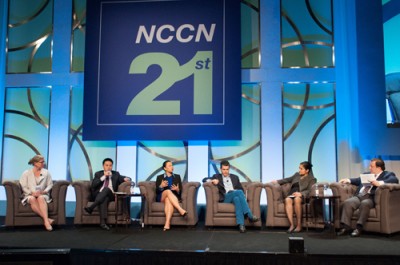 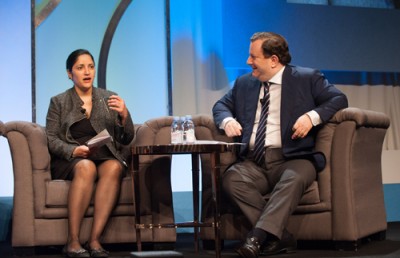