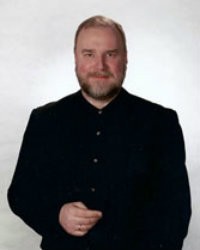 "There is too much enthusiasm, unfounded hope, and naïve mythology in the media about the upcoming meeting of Pope Francis and Russian Patriarch Kirill," according to Yury Avvakumov, assistant professor of theology at the University of Notre Dame, who specializes in the history of Russian and Ukrainian theology and in the history of the Eastern Catholic Churches. He can discuss religious, ecumenical and political factors surrounding the meeting. Of the political front, Avvakumov says...

"The meeting takes place against the backdrop of current Russian military, political, and propagandist actions. The present regime in Russia has committed violations of international law unprecedented in Europe since the end of the World War II by the annexation of Crimea and by covertly invading eastern regions of continental Ukraine.

"At this moment, it would be useful for Russian leaders to have any public figure who would approach Russia with a 'business as usual' attitude. Of course, to have the Roman Pope, with his internationally recognized authority, not as a critic but as an ally or at least simply as a neutrally silent figure, is highly attractive to Putin and his associates. The Moscow Patriarchate has always been an instrument of Russian international policy. Today, the Moscow Patriarchate, with its established international ties, remains an effective transmitter worldwide of the political interests of the Russian rulers.

"It would be misguided to cherish hopes that Patriarch Kirill, being a person close to Putin, could contribute to persuading the Russian president to stop Russian aggressive policy and to change his attitudes. This is impossible for a very simple reason: Kirill himself is one of the creators of the present-day Russian aggressive political ideology. The Patriarch of Moscow was the first who, during his 2010 visit to Ukraine, introduced the concept of the so-called “Russian World” into Russian ideological discourse. Kirill’s visit took place under the slogan “Three peoples–Russians, Ukrainians, and Byelorussians–are the one Holy Rus” by which the existence of independent Ukrainian and Belorusian nations was, in fact, denied. Today, after two years of the bloody conflict unleashed by Russia, thousands of Ukrainians have been killed under the ideological pretext of the restoration of the one 'Holy Rus.'"