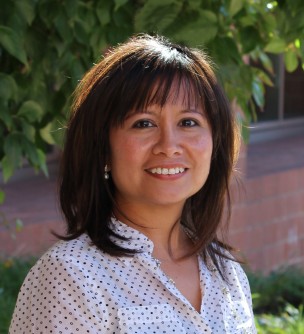 Newswise — New Brunswick, N.J. - April 27, 2015 - The New Jersey State Cancer Registry (NJSCR), under the direction of Rutgers Cancer Institute of New Jersey and the state Department of Health, has taken first place as one of only three Surveillance, Epidemiology, and End Results (SEER) Program cancer registries in the nation to meet all 14 data quality indicators for excellence. SEER Program registries are considered to be the most authoritative source of information on cancer incidence and survival in the United States. The NJSCR is one of only 10 statewide SEER Program registries in the country and has been providing population-based incidence data from New Jersey to the SEER Program for more than three decades.

The NJSCR is an important source of information for health care providers, public health officials and administrators. The information it contains is widely used by clinicians, scientists, and researchers. Data on cancer patterns in the population can be very useful for preventing and controlling cancer and improving treatment and patient care. The data are also used to respond to questions from New Jersey residents on cancer issues and concerns. In addition, incidence rates in New Jersey are shared with the federal Centers for Disease Control and Prevention and the National Cancer Institute for analyses including comparison with other states and the nation. The data collected by the NJSCR can be useful for describing cancer patterns in the population, discovering causes of cancer, planning programs for people affected with cancer, and other related research.

“This is a significant achievement and is a testament to the commitment and dedication of many people including cancer registrars, physicians, pathologists, hospital executives, and administrative and technological support staff at the New Jersey Department of Health and Rutgers Cancer Institute of New Jersey. We are also the second largest of the state registries in the SEER Program – second only to California with more than 50,000 cases per year – making this achievement much more impressive,” notes NJSCR director Antoinette Stroup, PhD, who is a resident member of the Cancer Institute of New Jersey. “Receiving top honors by the SEER Program was also made possible by the funding support of the State of New Jersey, the National Cancer Institute, and the Centers for Disease Control and Prevention. This combined support provided the NJSCR with the necessary resources to ensure timely and complete cancer reporting across the state of New Jersey.”