9-Feb-2015 9:00 AM EST, by Rutgers University's Office for Research
favorite_border 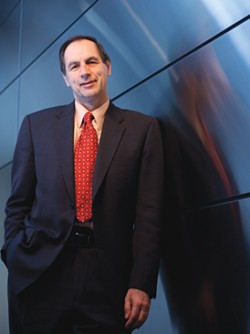 Joachim Kohn, Rutgers Board of Governors Professor of Chemistry

Newswise — NEW BRUNSWICK, N.J.–A new stent for treating cardiovascular disease that incorporates a polymer invented at Rutgers, The State University of New Jersey, has been implanted in patients for the first time.

The device, called Fantom™, is a drug-eluting scaffold being developed by REVA Medical Inc. of San Diego. The scaffold, or stent, is made from a unique formulation from a tyrosine-based polymer family invented by Joachim Kohn, Rutgers Board of Governors Professor of Chemistry. The company signed the initial licensing agreement with Rutgers in 2004 for the polymer family.

The polymer is a major step forward because the stent made from the material is fully visible using X-ray, which is extremely useful to interventional cardiologists when they are implanting the device. The polymer also is fully bioresorbable, meaning that it dissolves completely over time, which is an advantage particularly for younger patients.

The first Fantom implants were done at Institute Dante Pazzanese of Cardiology in Sao Paulo, Brazil, where REVA Senior Vice President of Clinical and Regulatory Affairs Jeff Anderson was present.

“During these first procedures, the unique features of the Fantom scaffold were evident,” Anderson said. “The scaffold was easily delivered and the procedure was aided by the visibility of the scaffold under X-ray, a feature that we believe provides physicians with a valuable tool for confirming proper placement during implant.”

This is a major step forward toward introducing a valuable new therapeutic tool that has the potential to help many patients worldwide,” Kohn said. Kohn launched a company, TYRX Inc., in his lab 16 years ago to commercialize his patented polymer technologies in implantable medical devices. Now located in Monmouth Junction, N.J., TYRX was purchased last year by Medtronic, a global corporation, for more than $160 million.

As the founding director of the New Jersey Center for Biomaterials, Kohn has participated in the establishment of other medical device companies and has gained significant experience in academia-industry licensing negotiations. He holds 45 U.S. patents, is a Fellow of the National Academy of Inventors and twice has received the Thomas Alva Edison Patent Award. He is principal investigator of several federally funded R&D programs including the Armed Forces Institute for Regenerative Medicine. Since 1997, Kohn has received over $75 million in research support from federal and state government, private corporations and foundations.

Kohn’s research focuses on new ways to develop biomaterials for specific applications, particularly tissue engineering, regenerative medicine and drug delivery, using combinatorial and computational methods. Kohn led a team of scientists who discovered a polymer optimized for fully degradable cardiovascular stents, which are being tested in clinical trials. His approach was used to develop optimized polymers for ophthalmic applications and orthopedic applications.

The New Jersey Center for Biomaterials at Rutgers, which was founded in 1997, spans academia, industry and government. Staffed by an interdisciplinary group of chemists, material scientists, biologists, and experts in prototype development, the center improves health care and quality of life by developing advanced biomedical products for tissue repair and regeneration, and the delivery of pharmaceutical agents. The center’s technologies have been translated into clinical and pre-clinical products including antimicrobial pouches, surgical meshes, cardiovascular stents, bone-regeneration scaffolds and ocular drug-delivery systems.

About Rutgers – Established in 1766, Rutgers, The State University of New Jersey, is America’s eighth oldest institution of higher learning and one of the nation’s premier public research universities, educating more than 65,000 students. Rutgers’ flagship, based in New Brunswick, is the only public institution in New Jersey represented in the prestigious Association of American Universities. Rutgers is a member of the Big Ten Conference and its academic counterpart, the Committee on Institutional Cooperation – a consortium of 15 world-class research universities. Rutgers ranks #1 among U.S. universities for chemistry R&D funding. The Office of Research and Economic Development provides a central point for industry to access Rutgers, including a new website, businessportal.rutgers.edu.