New Study at the University of Haifa: Our Handwriting Reveals Our Mood

Using a unique computerized system to locate minute changes in handwriting, researchers at the University of Haifa managed to identify differences between people in various moods. The goal: to create an objective index of mood independent of the individual’s subjective report 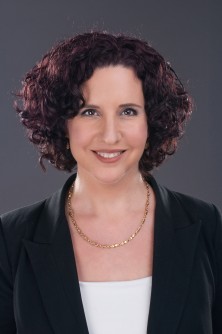 Newswise — Feeling angry, happy, or irritated? A new study at the University of Haifa has found that our handwriting reveals our mood. “There’s a problem measuring emotions using objective indexes that are completely free of what the subject tells us,” explains Clara Rispler, one of the authors of the study. “An ability to identify the subject’s emotions easily and non-invasively could lead to a breakthrough in research and in emotional therapy.”

According to cognitive theory, since the brain does not have infinite resources, when it executes several actions simultaneously, the secondary actions – including automatic ones – are impaired. Prof. Sarah Rosenblum of the Department of Occupational Therapy at the University of Haifa used this theory to develop a computerized system capable of measuring minute changes in handwriting, such as the space between the letters, the amount of pressure we apply when writing, and so forth. Using this system, she already discovered in the past that changes in handwriting can reveal when we are lying – both orally and in writing – and can reveal whether an individual is in the early stages of Parkinson’s disease.

In the latest study, Prof. Gil Luria, Dr. Alon Kahane, and doctorate student Clara Rispler from the Human Services Department at the University of Haifa worked together with Prof. Rosenblum to examine whether changes in handwriting can be used to identify moods.

The study included 62 participants, who were divided randomly into three groups. Each group underwent an activity that put the participants in a different mood – positive, negative, and neutral, by viewing appropriate movies. Each group of participants was then asked to write a paragraph on the computerized system including all the letters in the Hebrew alphabet.

The study revealed differences between the three groups in various parameters relating to handwriting. In other words, the participants in each group were in a different mood, and the differences can be gauged empirically. For example, the height of the letters written by people in a negative mood was significantly lower than in the case of people in a positive or neutral mood. It was also found that participants in a negative mood showed quicker writing and narrower width of letters than those in a positive or neutral mood. The researchers explain that it is probably the negative mood that creates a cognitive burden on the brain, leading in turn to changes in handwriting.

Techniques for measuring mood is mostly based on subject self-report or on evaluation by an external observer say the researchers. Physiological tests are complex and very expensive and usually disrupt routine functioning. Moreover, in some cases people may be unaware of their own mood or may report a mood that is very different from their actual mood, for various reasons. Therefore, the ability to develop an objective and simple index that causes no disruption to regular functioning is very important both in the research field and in therapeutic contexts.

“The findings of the study may help therapists identify their patient’s actual mood, something that naturally is very significant for the therapeutic process,” Prof. Rosenblum concludes. “No less importantly, we therapists can see whether our therapy is improving the patient’s feelings, or at least involving the patient in a meaningful process, for better or for worse. In the future, we will try to examine whether we can also measure the level of the mood, i.e. how happy or sad someone is.”