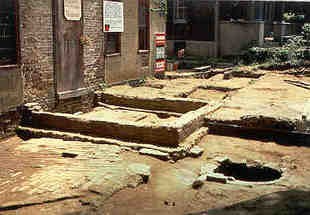 Newswise — A new online tool developed by the University of Maryland makes Annapolis one of the most accessible cities in the world archaeologically and historically. The developer says the tool could have wide application in other cities with major historic areas.

The Web site, Preservation Search, offers immediate access to interactive maps, photos and text of the Annapolis historic district. It provides far greater digital detail and comprehensiveness than in almost any other city, according to its creator, University of Maryland archaeologist Mark Leone. He adds that it will be a boon to homeowners, city officials, preservationists and tourists.

"In a literal sense, we're putting Annapolis on the map and creating a model for the rest of the nation," says Leone, who has led the Archaeology in Annapolis Project for more than a quarter century and done most of the excavation in the historic district. "We're making high-quality information much more accessible " taking it out of City Hall and archives. I suspect other cities will want to follow our lead."

The Web site is built around detailed Geographic Information System (GIS) maps " highly interactive online displays that are easy to delve into and manipulate. These maps represent graphic documentation of 26 years of Archaeology in Annapolis excavations and research.

"Homeowners with property in the Annapolis Historic District will especially find the site useful, enabling them to do historic research much more easily " the kind needed to help with requests for altering or preserving their property," Leone says. "The District is tightly regulated and the paperwork requires a detailed knowledge of the historic significance of the property. Such historic information will now be available in one spot and accessible from home."

The website was built by University of Maryland anthropology graduate student Timothy Goddard. It is not a substitute for the application process to the Historic Preservation Commission.