23-Apr-2015 8:00 AM EDT, by University of Arkansas, Fayetteville
favorite_border 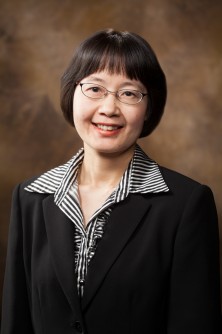 Newswise — FAYETTEVILLE, Ark. – Engineering researchers at the University of Arkansas have received a $438,317 grant from the National Science Foundation to identify and characterize the fundamental mechanisms of a novel, core-shell nano-scale structure.

Discovered by Min Zou, professor of mechanical engineering, the core-shell structure is a new type of material that can be used to improve the mechanical integrity of electro-mechanical systems in computer hard-drive discs and a wide range of other electronics devices.

“Core-shell nanostructures have many novel properties – optical, magnetic and catalytic,” Zou said. “Recently, my group discovered that these structures also have novel mechanical properties – unusually high strength and deformation resistance, for example – and thus can be incorporated into solid surfaces for many applications where mechanical integrity of nanostructures is of paramount importance.”

Nano-scale core-shell structures also function as a friction-reduction material. The project focuses on using them to texture the surface of micro- and nano-scale electro-mechanical systems and computer hard drives to reduce friction between contacting surfaces. The textures can also be used to enhance water-repellency of surfaces for self-cleaning and anti-corrosion applications and to facilitate cell growth in tissue engineering.

The core-shell structure Zou discovered consists of a nano-scale metallic core covered by a hard, amorphous shell made of a different type of nano-scale material. The structure is unique in that it holds its shape after being subjected to extremely high, normal and shear contact stress. It also demonstrates much higher yield strength than either its core material or shell material had alone.

To gain a fundamental understanding of the mechanical behavior of the core-shell structure, Zou will collaborate with Douglas Spearot, associate professor of mechanical engineering, and Arun Nair, assistant professor of mechanical engineering. Spearot and Nair both have atomistic and multi-scale modeling expertise. Together, the team will:• Perform nano-indentation experiments to study the effects of core and shell materials, core size and micro-structure, shell thickness and core/shell volume ratio• Develop and validate molecular dynamics and multi-scale simulation models to understand the role of the core/shell interface• Develop computational models to gain a fundamental understanding of the space and parameters of the core/shell structure to ensure optimal performance.

Zou’s research focuses on nano-surface engineering, nano-mechanics and tribology, the study of friction. In a different research project, she and her research team significantly reduced wear of polytetrafluoroethylene — otherwise known as Teflon, the brand name used by the chemical company DuPont — by treating the low friction material with silica nanoparticles.

Zou and Spearot each hold a 21st Century Professorship in Mechanical Engineering.