Nursing Professor Named Fellow of the National Academies of Practice 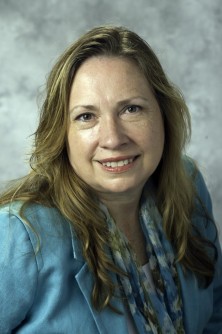 Newswise — Nancy Pontes, an assistant professor at the Rutgers School of Nursing–Camden, has been inducted as a Fellow of the National Academies of Practice, an interprofessional, national organization that advises governmental bodies on health care delivery in the United States.

A resident of Wenonah, Pontes was inducted into this prestigious fellowship during the NAP’s annual conference on March 18.  During the Philadelphia meeting, she also was inducted as a distinguished practitioner and fellow of the Nursing Academy.

An expert on matters related to family health, the delivery of care, and the social determinants of health and wellbeing in youth and families, Pontes is the recipient of the 2013 New Jersey College Health Association’s Honorary Nursing Excellence Award in College Health.  Her scholarship has appeared in numerous health-related journals and has been presented at health-oriented conferences nationwide.

Pontes joined the faculty of the Rutgers School of Nursing–Camden in 2015.  She teaches undergraduate courses in Community Health Nursing/Global Health and Wellness and Health Assessment and graduate courses in Advanced Health and Physical Assessment.  Currently, Pontes serves as the primary investigator on a $600,000 grant from the U.S. Department of Education’s International and Foreign Language office that seeks to strengthen Spanish language skills among students and faculty across multiple disciplines.

Prior to joining Rutgers University–Camden, Pontes served as assistant vice president for health and wellness at Rowan University and as a practice director and nurse practitioner at New York University’s Division of Nursing and the Universty of Florida’s College of Medicine.

Pontes serves with several organizations, including on the executive board of the New Jersey College Health Association and as a certified disaster response crisis counselor for New Jersey Disaster Mental Health Services.  She has conducted research and delivered service globally at locations in India, Colombia, Bolivia, and Peru.  During 2016 and 2017, she led Rutgers–Camden nursing students on a Learning Abroad course to Guatemala.