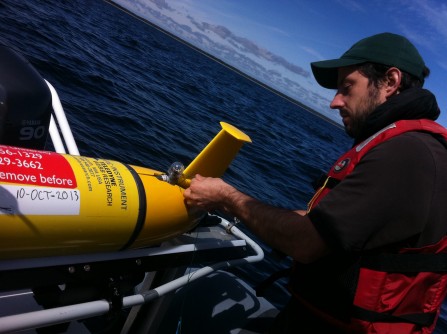 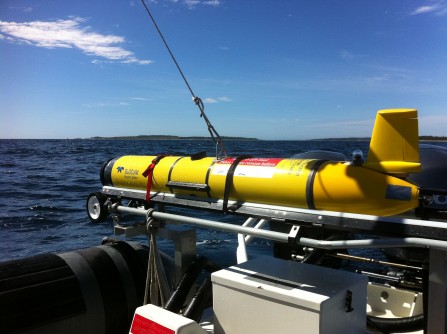 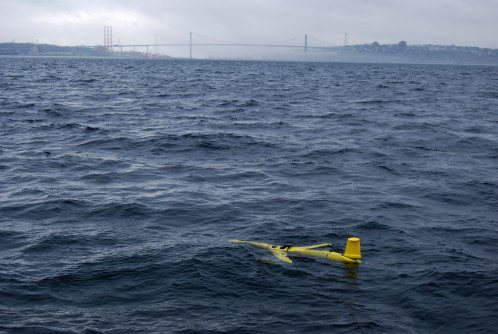 Newswise — Researchers from U.S. and Canadian institutions are teaming up for a coordinated launch of up to 14 autonomous ocean-monitoring gliders. The gliders will collect a unique and extensive set of oceanographic and animal-tracking data along the North American Eastern Seaboard. The mission represents the largest international use of coordinated autonomous sampling vehicles attempted to date.

Launched between Georgia and Nova Scotia, the gliders will travel east to the continental shelf break and back during the month- to two-month-long mission. The multi-institution survey will serve as proof of concept of large-scale marine coordination to monitor the oceanographic conditions that directly influence animal migrations and storm events.

Rutgers University leads the mission to which the Dalhousie-based Ocean Tracking Network (OTN) is contributing two Slocum gliders to be launched from Yarmouth and Halifax, respectively. Members of the U.S. Integrated Ocean Observing System (IOOS) are also participating.

Slocum gliders—named for the first sailor to travel solo around the world, Nova Scotian Joshua Slocum—move by altering their density to ascend or descend in the water column. Wings on the glider convert vertical displacement into forward motion resulting in a saw-tooth dive pattern down to 500 metres below the surface. A series of sampling instruments collects, stores and transmits data back to researchers via satellite in near real-time.

Eight of the 14 gliders are equipped with Vemco mobile transceivers—tracking devices that record the presence of acoustically tagged marine animals. The timing of the coordinated glider mission coincides with migration periods for many species and serves to inform poorly understood migration patterns of species like blue sharks. Of special interest to OTN investigators are insights into the unanticipated absence of right whales off the southern tip of Nova Scotia in 2013.

The mission will also collect important data on the shelf’s thermal structure for forecasting major storm events. September to October is the peak differential period between air and sea temperatures—the phenomenon that powers hurricanes.

“We are hitting just the right moment to capture important data that will almost certainly impact our understanding of animal movements and major storms in Nova Scotia and the Atlantic coast,” said Dr. Fred Whoriskey, OTN executive director. “This is a very exciting opportunity for scientists to serve the general public, and to make this information easily understandable and publicly accessible.”

Data from the missions will be available on the web at the OTN glider page (gliders.oceantrack.org) and the IOOS Glider Asset Map (http://www.ioos.noaa.gov/observing/observing_assets/glider_asset_map.html). More information is available from the Mid-Atlantic Regional Association for Coastal Ocean Observing Systems blog (http://maracoos.org/blogs/main/).

OTN is a $168-million research and technology development initiative headquartered at Dalhousie University. Starting in 2008, OTN began deploying Canadian state of the art acoustic receivers and oceanographic monitoring equipment in key ocean locations. These are being used to document the movements and survival of marine animals carrying acoustic tags and to document how both are influenced by oceanographic conditions. OTN is funded by the Canada Foundation for Innovation and the Natural Sciences and Engineering Research Council of Canada. 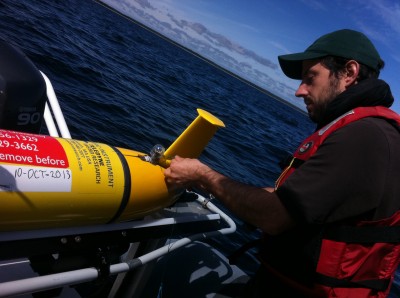 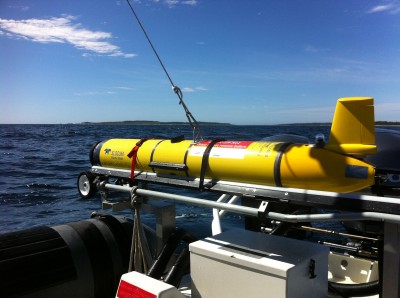 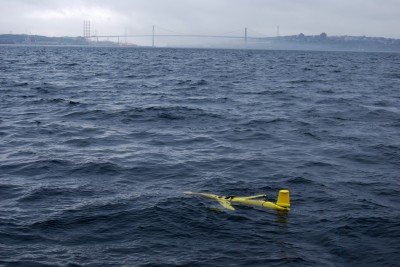