Office Holiday Party: Will It Help or Haunt Your Career? 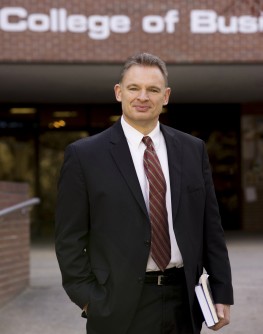 Editor’s Note: The premise for this story is the release of the new movie: “Office Christmas Party” on Friday, Dec. 9. Professor Hochwarter is available to offer comments if you’re interested in producing your own story.

OFFICE HOLIDAY PARTY: WILL IT HELP OR HAUNT YOUR CAREER?FSU Professor Teaches How to Make It Memorable (For All the Right Reasons)

Newswise — TALLAHASSEE, Fla. — It’s been a long year. You’ve worked hard, racked up a lot of hours on the job, sweat the details. Did anyone notice?

Maybe there’s still one last chance this year, you wonder, to remind the higher-ups of that effort at the office holiday party. Maybe it’s a well-deserved chance, you rationalize, to blow off some steam. #LetsParty.

As 2016 winds down with a celebratory office party – two-thirds of organizations nationwide will throw one – remember this line from the new comedy “Office Christmas Party.”

“Tonight the decisions you make will have consequences that’ll haunt you for the rest of your professional lives.”

It’s a funny movie line. Not so amusing if it actually comes true.

So now, Hochwarter — FSU’s Jim Moran Professor of Management — takes a day during the semester to teach his students the important do’s and more important don’ts of the office party.

Don’t Get Drunk. This is a no-brainer, or it should be. But it’s worth repeating since virtually everyone recalls an example when a co-worker got carried away at the open bar. The biggest career killer at the office holiday party is being, as Hochwarter describes it, “the drunken fool.” You not only become the topic of conversation the next day around the water cooler, you might also become the story that colleagues continue to retell for a good laugh, “Remember the time when Steve got so blitzed…”

Do Go. Attending the office party is necessary because you want to show you are part of the team, Hochwarter said. A dependable teammate. You may not be on the clock, but you’re on your boss’s radar and that’s more important in the long run.

“I tell my students the Christmas party is a work party. Look at it as work,” Hochwarter said. “You may not want to go, but you might be ostracized if you don’t go. There’s a certain obligation to it.”

Don’t Get Too Cozy with a Co-Worker: Companies are becoming more concerned about hookups at office parties, Hochwarter said, because that dynamic can spill over into the workplace and, too often, disrupt the work.

“You go to an office party,” Hochwarter said, “you have a couple of drinks, get a little courage, go say hello and then all of a sudden they’re dating, and (bosses) are not sure about that. Or they were dating and now they’re fighting, and (bosses) know they don’t like that.”

Do Make an Advance Plan: Have three or four topics you can talk about and know what not to talk about — the old adage of avoiding politics and religion at family get-togethers is just as salient at the office party. But a party can offer a rare opportunity to engage a senior executive/administrator to share a laugh and mention what you’re excited about in the coming months. Remember, keep it light.

“Don’t focus on business,” Hochwarter advised. “How are you? How’s your family? What are your plans for the holidays? It should be a social function. If you ask people work-related stuff, why do you need a party? People don’t want to do that stuff at a Christmas party. They just want to get to know people a little bit better.”

Don’t Wear Inappropriate Clothing: Refer back to “Don’t Get Drunk” on this one. Hochwarter believes a serious fashion faux pas can have lasting consequences.

“When I was a faculty member at Mississippi State,” Hochwarter said, “the dean sent out a note and said we’re having a Christmas party at my house. Dress is casual. So, a guy in the Economics Department thought casual meant Hawaiian shorts. Casual in Mississippi means you can undo your tie, but he shows up in Hawaiian shorts.”

And now, Economics Guy lives on in Hochwarter’s business classes as a cautionary tale.

Definite Do’s: Little things matter: Smile. Be friendly. Be the first one to say hi. Remember names. Make a list of three important people you must greet before leaving. Have an exit strategy, Hochwarter stresses, if a talkative co-worker is preventing you from connecting with someone on your essential list.

Do Show Gratitude: It’s always a nice touch to find out who organized the party and thank them. Hochwarter encourages his students to take it up a notch and send a handwritten note or flowers, and he reminds them that being “respectfully grateful” is not only good networking, it’s a terrific personality trait.

So as 2016 comes to a close, think about your annual office holiday party as a special opportunity to get to know colleagues better, connect with bosses and burnish your own brand. Because as you wonder if anyone has noticed your hard work over the past year, be assured that the higher-ups are watching at the office party. It’s your chance to help — not haunt — your career.

Arts and Entertainment In the Workplace Local - Florida