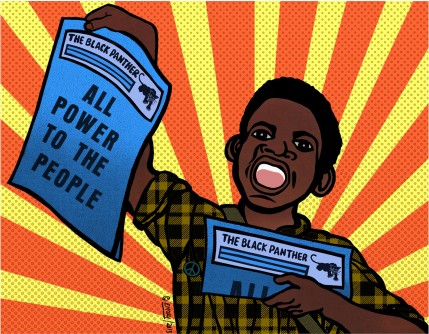 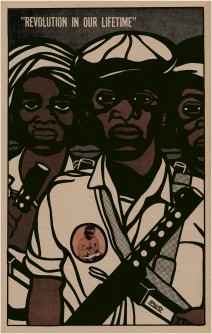 Newswise — Early fall exhibits at the American University Museum at the Katzen Arts Center are open Sept. 6 through Oct. 23.

It Takes a Nation: Art for Social Justice with Emory Douglas and the Black Panther Party, AFRICOBRA, and Contemporary Washington Artists, in the museum’s Alper Initiative for Washington Art space, features a wide-ranging exhibit of political and visual content providing a cross-generational conversation of social justice in America. On display for the first time in Washington, D.C., is the art of Emory Douglas, the renowned radical sociopolitical artist who served as Minister of Culture and the primary artist and illustrator for the original Black Panther Party of the 1960s and 1970s. Through graphics, Douglas visualized the journey of the Black Panther movement from initial armed resistance against unconstitutional arrests and searches and oppressive policies, to the movement’s many community empowerment programs, conducted through the party’s 10-Point Platform for social justice.

“When Emory Douglas began painting outrageous revolutionary images and messages, he and his peers were deemed enemy number one by Richard Nixon and J. Edgar Hoover… Now, 50 years later, Emory Douglas is exhibiting worldwide and continuing to collaborate with and inspire young people as they confront injustice. AFRICOBRA is one of the longest-running schools of art in the world, and younger generations continue to carry the torch of freedom and justice,” according to exhibit curator Sandy Bellamy.

Two recurring themes in Daughter of China, Resident Alien, an exhibit of artist Hung Liu’s work, are refugees and heroines, reflecting Liu’s experience as an immigrant, woman and American. Liu, who grew up in Maoist China, examines sacrifice, memory, and history through works that navigate the complex and never-ending tension between emigration (with its emphasis on leaving one’s homeland) and immigration (with its emphasis on arriving in a new place).

Mostly known for paintings based on historical Chinese photographs, Liu’s subjects have included prostitutes, refugees, street performers, soldiers, laborers, and prisoners, among others. Her painting style is rooted in Socialist Realism, which she learned in China in the 1970s before coming to America in the mid-80s. She has since created a stripped down Socialist Realism, removing the propaganda and creating a catalog of her history.

“Washing her subjects in veils of dripping linseed oil that both preserve and destroy the image, Liu has invented a kind of weeping realism that embodies ideas like the erosion of memory and the passage of time,” writes observer Jeff Kelley.

As Americans continue a dialogue about the relationship between heavily policed communities and the police, American University Museum presents Portal Screens: Connecting Northwest, D.C. to Milwaukee's Amani Neighborhood. A Portal Screen is a live bi-directional video wall that acts like an open window connecting two locations across the world. The screen will connect museum audience members to Moody Park, located in the Amani Community, which is grappling with issues of criminal justice. It has the highest rate of incarceration for African American males in the U.S.

Shared-Studios is a multidisciplinary art, design, and technology collective created by artist Amar C. Bakshi. Since launching in 2014, Portals have connected more than 20,000 people in dialogue across more than two dozen sites. In one instance, President Barack Obama spoke to entrepreneurs around the world through a Portal.

Silos is an exhibition of works by artists of color from Washington, D.C. and across the United States. Curated and on display as part of American University’s Studio Art Department “Outside In” colloquia, the exhibit explores themes of urban expressions, intersectionality, the prison industrial complex and the state-sanctioned violence against people of color, and the politics of representation—racial and visual. Artists include: Yaw Agyeman, Wesley Clark, Nathaniel Donnett, Duron Jackson, Wanda Raimundi Ortiz, Ellington Robinson, Stacy-Lynn Waddell, and Wilmer Wilson IV.

In Updraft America, Washington, D.C. sculptor (and former Senate aide) Suzanne Brennan Firstenberg manifests Americans’ frustration with gridlocked partisan politics by taking an entire year of the official proceedings of the United States Congress, as documented in the Congressional Record, and folding each page into a paper airplane. From this mass of over 10,000 airplanes, striped red or blue to connote the political divide, the uppermost planes will rise into the air, as if taking flight, and as they do, their hues will combine to become purple - the color of hope that we may bridge the political divide.

Todas las Manos is an interdisciplinary public art project that celebrates human rights and global justice, commemorating the 40th anniversary of the murders of former Chilean Ambassador Orlando Letelier and co-worker Ronni Karpen Moffitt in Washington, D.C. on Sept. 21, 1976. Letelier and Karpen Moffitt were killed by a car bomb explosion.

Muralist Francisco Letelier, son of Orlando Letelier, worked in collaboration with youth participants from the Latin American Youth Center to create a large-scale mural in the museum’s sculpture garden. Todas Las Manos encompasses the participation of youth and adult collaborators in a month-long exchange that includes academics, researchers, visual artists, and poets.