Opening Up the Playbook

15-May-2017 3:05 PM EDT, by Perelman School of Medicine at the University of Pennsylvania contact patient services
favorite_border 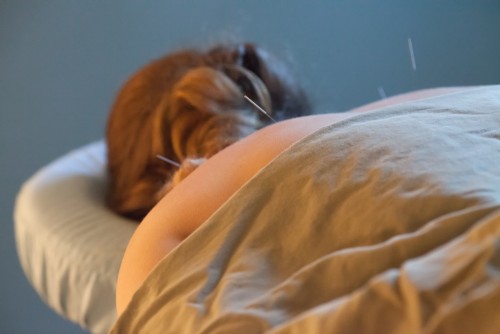 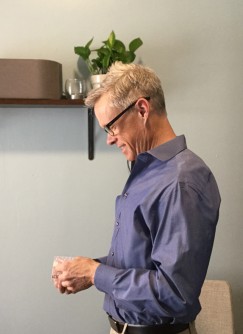 Newswise — As cancer treatments become more personalized, professional care extends beyond therapy for the disease itself. Though today’s treatments are highly effective for many cancers, they can also bring side effects that can significantly affect a patient’s quality of life, either for the duration of treatment or sometimes, even beyond. It’s a reality that has forced many cancer centers to add supportive services to their care plans and integrate them into their specific treatments. Support groups have long been common to help patients deal with the emotional and spiritual effects of cancer treatment, but more and more, cancer care experts are learning there are also ways to help deal with the physical toll. Recent research led by a team at Penn Medicine showed the benefits of yoga during prostate cancer treatment, and that only scratches the surface. Another frontier of this supportive care can be found in acupuncture.

The Abramson Cancer Center of the University of Pennsylvania is the only cancer center in the region offering acupuncture, and the service itself is nothing new. Penn has been offering the service for years after research made the benefits clear. But the man currently leading the therapy brings his own unique background and approach.

Matt Skahill joined the Abramson Cancer Center in December, and his wealth of experience ranges from treating illnesses to athletes. Skahill is the team acupuncturist for the Philadelphia Eagles, and it was his own experience as an athlete that first let him to acupuncture.

“I was a competitive runner in college, and I initially sought acupuncture for digestive problems, but I found it to be effective and began to use it for help with sports injuries,” Skahill said.

Skahill says acupuncture is becoming a growing part of sports medicine, and he points to NFL stars like Tom Brady and James Harrison, who receive acupuncture treatments and are still playing at a high level at age 38. But Skahill says it can do more than just help your favorite player get on the field; acupuncture can also help cancer patients stay strong by providing relief for some of the most common side effects associated with cancer treatments. In addition to common physical symptoms like nausea, dry mouth, and fatigue, the treatment can also ease the psychological toll cancer treatment takes. Acupuncture is known to help with insomnia, stress, and anxiety.

“The other advantage is that it is low risk and does not interfere with a patient’s complex medical therapies,” Skahill said.

Skahill acknowledges many patients are initially hesitant about the therapy, especially since it seems so unfamiliar at first. There’s the seemingly odd tongue inspection and pulse check, two diagnostic tools that are common in Chinese medicine but may seem foreign to first-timers. Then there’s the needles – which  are different from what patients are more accustomed to for blood draws and lines to deliver chemotherapy and other medications.

“Like most patients, I was apprehensive about needles, but I was relieved to find it relatively painless,” Skahill said. “Also, the point locations had such an unusual variety of reactions, ranging from ‘I don’t feel anything’ to a slight nerve buzz or pulling sensation – the same descriptions I hear routinely from patients.”

In fact, Skahill says most of his patients are sound asleep by the time he removes the needles, which are so thin he refers to them as pins. He says despite what you may have seen in movies and TV shows, the average treatment only involves about 10 pins.

His work with NFL players has him mostly focused on pain management, which only accounts for a portion of the symptoms his patients at Penn are dealing with. But, while the individual may vary, the techniques can work for everyone.

“Early in my training, I learned the Eastern concept of ‘One disease, many patterns. Different diseases, same pattern,’” Skahill explained. “The term ‘pattern’ is a key driver in how an acupuncturist sets up a treatment. In other words, it’s not ‘one size fits all.’ I’m working from a playbook that includes more than 300 possible points.”

That expansive playbook means treatments can be tailored for individual patients. So if two people with the same disease and the same symptoms both come for acupuncture, Skahill may choose different points for each of them depending on factors like symptom severity and health history.

“It’s also important to always be looking beyond the top one or two symptoms,” Skahill added.

Skahill says he was particularly drawn to Penn because of its commitment to integrative care for patients and caregivers through Patient and Family Services, his home within the Abramson Cancer Center. He points to the larger mission of the department and the leadership of Heather Sheaffer, PhD, the director of Patient and Family Services, and Laura Galindez, MSW, the Integrative Oncology Patient Navigator, and says there’s even more room to continue to expand holistic treatments. Specifically, he sees potential for Tai Chi, a martial art commonly practiced for its health benefits, and Shiatsu – a treatment based on the same principles as acupuncture – in which a therapist uses his or her hands to apply pressure to certain points on the body.

“Tai Chi, in particular, is an excellent way to help range of motion and improve balance, coordination, and fine motor skills,” Skahill said.

“The demand for excellence, teamwork, and accountability,” he said, “is quite similar to what I see at Penn Medicine.” 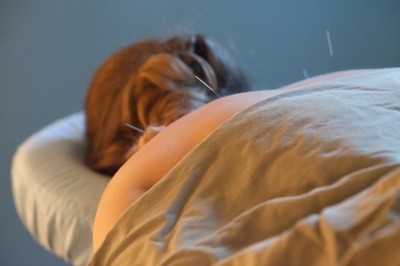 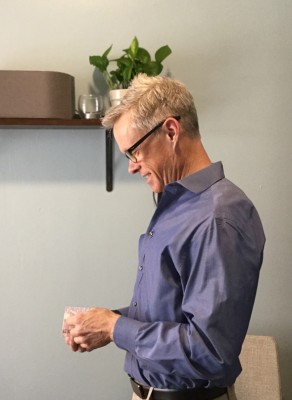