Oscar’s Women: Are Female Roles as Accessories to Great Men? 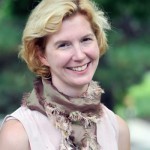 Newswise — COLLEGEVILLE, Pa. -- An Ursinus Film Studies professor says that this year’s dearth of Oscar-nominated women reflects society’s emphasis on “great men,” and plots in which women are seen as accessories to them.

Associate Professor Jennifer Fleeger says this concentration of “great men” films ultimately sets up false expectations for both sexes, says Fleeger, author of two books about Hollywood, "Sounding American," which explores the importance of opera and jazz during the Hollywood conversion to sound, and "Mismatched Women: The Siren’s Song Through the Machine," about women whose voices seem to defy their body types, both published by Oxford University Press.

“I don’t think this year's exclusions are about the films themselves, nor do I think there's any vast conspiracy to keep women from being recognized for their work, or from making movies,” says Fleeger. “Instead, I think we don't find a lot of women on these lists because of a pervasive bias in the kinds of stories we tell and the sorts of people we expect to make them. It has been widely noted in the press that year's nominees for Best Picture are primarily about ‘great men.’ To the extent that women are included in the plots, they are accessories to men's goals.”

The history of the role of women in Hollywood shows that this is not unusual. The percentage of women working as cinematographers, writers, and directors has gone virtually unchanged since 1998, Fleeger points out. “When women write and direct films, however, we do tend to find some differences. This isn't due to some essential characteristic all women share, but rather because their films are more likely to pay attention to women's stories and contain more significant female characters.” The class has learned that women make up 30 to 50 percent of students enrolled in film schools, yet of the top 250 grossing Hollywood films of 2014, only 7 percent had women directors, 5 percent had women cinematographers, and 1 percent had women composers.

This matters for both men and women. “When we extol ‘great man’ films, we set up expectations for the kinds of lives we want men and boys to lead. To be a ‘great man’ is to pursue a talent at the expense of one's family, to endure (or endorse) abuse for the sake of genius, and to gain strength from within rather than from a community,” Fleeger says. “If we want a more equal society, we have to advocate for changes to this perception of masculinity so that our idea of ‘success’ means more than personal achievement.”

Fleeger and her students are calling attention to the need for a cultural shift in regard to gender parity with an Oscar party Sunday, “Where are the Women? Eat. Drink. Be Angry.”The Ursinus Oscar party is more than a protest of women’s absence behind the camera, it is also a demand for a cultural shift in representations of gender. (The event is only for Ursinus students.)

Some students are compiling lists of women who could have been nominated and read those "notable exclusions" over the microphone. Haley Zorger will talk about Selma director Ava DuVernay, who was not nominated. Others will talk about why there are so few women represented in specific categories (original score, for example). There will be a red carpet and a life-sized “starlet” statue calling attention to Hollywood's emphasis on women's appearance rather than ability.

“There has definitely been a lack of diversity in the Oscars, they much prefer to nominate white men as opposed to women and other ethnicities,” said Zorger, a freshman from Bucks County, Pa. “There seems to be a universal belief in Hollywood that women’s stories aren’t worth sharing or producing, and don’t measure up to those created by men.”