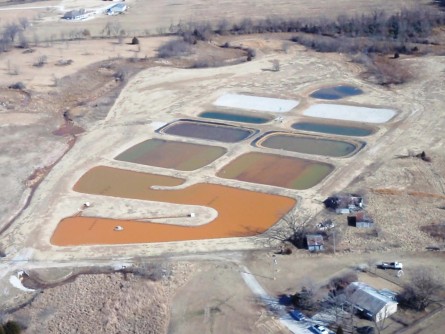 Newswise — University of Oklahoma Gallogly College of Engineering professor, Robert W. Nairn, is the recipient of the prestigious William T. Plass Award from the American Society of Mining and Reclamation. Nairn pioneered wetland technologies to rehabilitate contaminated water at the Tar Creek Superfund site where he has worked for almost 20 years. The award is the highest level of recognition given by the society in the field of mined land reclamation. Nairn transformed mine reclamation work at Tar Creek—one of the Environmental Protection Agency’s top abandoned hazardous waste sites.

“Professor Nairn’s scholarly work has had a huge impact in Oklahoma and around the world,” said OU President David L. Boren. “No one is more deserving of the Plass Award.”

Nairn, the Viersen Family Presidential Professor in the School of Civil Engineering and Environmental Science and the director of the Center for Restoration of Ecosystems and Watersheds, began working to clean up Tar Creek in the late nineties. In 2008, he and his team installed a full-scale passive water treatment system for the contaminated water discharging site near Commerce, Oklahoma. The system treats approximately 20 percent of mine drainage, rendering the treated water safe for discharge into the receiving stream. The success of this passive treatment system led to additional funding to extend the system to other discharge sites.

“It is with great pleasure that I share in the selection of Robert W. Nairn for the William T. Plass Award from the American Society of Mining and Reclamation. With this award, the society recognizes Nairn’s research, teaching and regional, national and international outreach. His career accomplishments in the field of mined land reclamation are huge and have impacted many people, including tribes, non-profits, regulatory agencies, industry and international governments,” said Randall L. Kolar, director of the School of Civil Engineering and Environmental Science.

Nairn’s work has received significant media attention over the years from local, state and national newspapers and broadcast news stations, as well as from the History Channel and Discovery Channel. In 2009, an award-winning documentary film featuring Nairn entitled “Tar Creek” was produced by Matt Myers and screened nationally and internationally. As testimony to his global impact, Nairn has expanded his mitigation work at one of the world’s oldest and largest silver mines in Potosi, Bolivia. His efforts have been widely recognized.

Previously, Nairn received the Richard I. and Lela M. Barnhisel Reclamation Researcher of the Year Award from the American Society of Mining and Reclamation for his work at Tar Creek in northeastern Oklahoma, the Arkoma Coal Basin of eastern Oklahoma, eastern Arkansas and Potosi, Bolivia. The award was given to individuals demonstrating substantive contributions to the advancement of reclamation science and technology through scientific research. Nairn was nominated for the award by his students and voted on by his peers in the society.