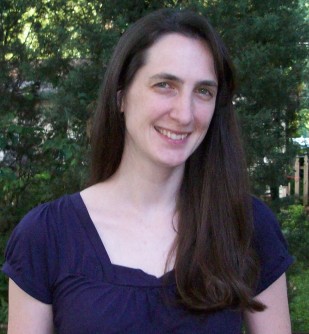 “We still have a long way to go towards understanding pancreatic cancer disparities.”

Results of this cohort study are published online in Cancer Epidemiology, Biomarkers & Prevention, a journal of the American Association for Cancer Research.

Pancreatic cancer is a rapidly fatal disease that is challenging for researchers to study and treat. Because there are no good screening tests and symptoms do not often appear until the disease has spread, Arnold said that most people die within two years of diagnosis.

Statistically, pancreatic cancer claims the lives of black Americans more so than whites — between 2001 and 2005, blacks had a 32 percent higher death rate, according to background information in the study obtained from the National Cancer Institute statistics.

Arnold and colleagues examined risk factors for pancreatic cancer and separately evaluated them among black and white participants. Using data from the Cancer Prevention Study II (CPS-II), they assessed whether these risk factor patterns explained differences in incidence and mortality. CPS-II is a longitudinal study that originally enrolled more than one million participants in 1982. Participants provided information such as race/ethnicity, medical history and health habits. The researchers tracked cancer deaths in the CPS-II and evaluated the outcomes.

Excess risk of disease remained, even when the researchers eliminated all other risk factors from the calculation.

Maria Elena Martinez, Ph.D., M.P.H., said although differences in risk factor patterns were shown, overall, they did not account for the pancreatic cancer mortality rates evident by race. Martinez is the Richard H. Hollen Professor of Cancer Prevention at the University of Arizona, director of the Cancer Health Disparities Institute at the Arizona Cancer Center, and an editorial board member for Cancer Epidemiology, Biomarkers & Prevention.

“The results most certainly point to the need for additional work to explain these racial disparities in risk of pancreatic cancer,” she said. “Factors other than those assessed by the researchers may be responsible for the disparities. These can include unidentified lifestyle and/or environmental factors, genetic factors or unique gene-environment interactions.”

What makes this study different from previous studies that explored differences in relationship to risk for pancreatic cancer is that this study comes from a large group of cancer-free individuals and examines their risk of developing pancreatic cancer over a long period of time.

Arnold noted one limitation with this study is that higher death rates from an illness in certain populations may be the result of limited or no access to health care. However, past studies have shown that problems with access to health care might not be causing the higher pancreatic cancer death rates in blacks; blacks and whites are both usually diagnosed in relatively late stages of disease, which makes treatment difficult and survival low.

“Our data do not explain what is causing these disparities, but we hope it encourages researchers to continue looking for reasons why blacks develop and die from pancreatic cancer at higher rates than whites,” Arnold said. “Clinicians who have patients with a family history of pancreatic cancer or other risk factors for the disease should communicate the benefits of losing weight and quitting smoking, if anything, to help reduce their risk of pancreatic cancer.”

The mission of the American Association for Cancer Research is to prevent and cure cancer. Founded in 1907, AACR is the world’s oldest and largest professional organization dedicated to advancing cancer research. The membership includes more than 28,000 basic, translational and clinical researchers; health care professionals; and cancer survivors and advocates in the United States and nearly 90 other countries. The AACR marshals the full spectrum of expertise from the cancer community to accelerate progress in the prevention, diagnosis and treatment of cancer through high-quality scientific and educational programs. It funds innovative, meritorious research grants. The AACR Annual Meeting attracts more than 17,000 participants who share the latest discoveries and developments in the field. Special conferences throughout the year present novel data across a wide variety of topics in cancer research, treatment and patient care. The AACR publishes six major peer-reviewed journals: Cancer Research; Clinical Cancer Research; Molecular Cancer Therapeutics; Molecular Cancer Research; Cancer Epidemiology, Biomarkers & Prevention; and Cancer Prevention Research. The AACR also publishes CR, a magazine for cancer survivors and their families, patient advocates, physicians and scientists. CR provides a forum for sharing essential, evidence-based information and perspectives on progress in cancer research, survivorship and advocacy.