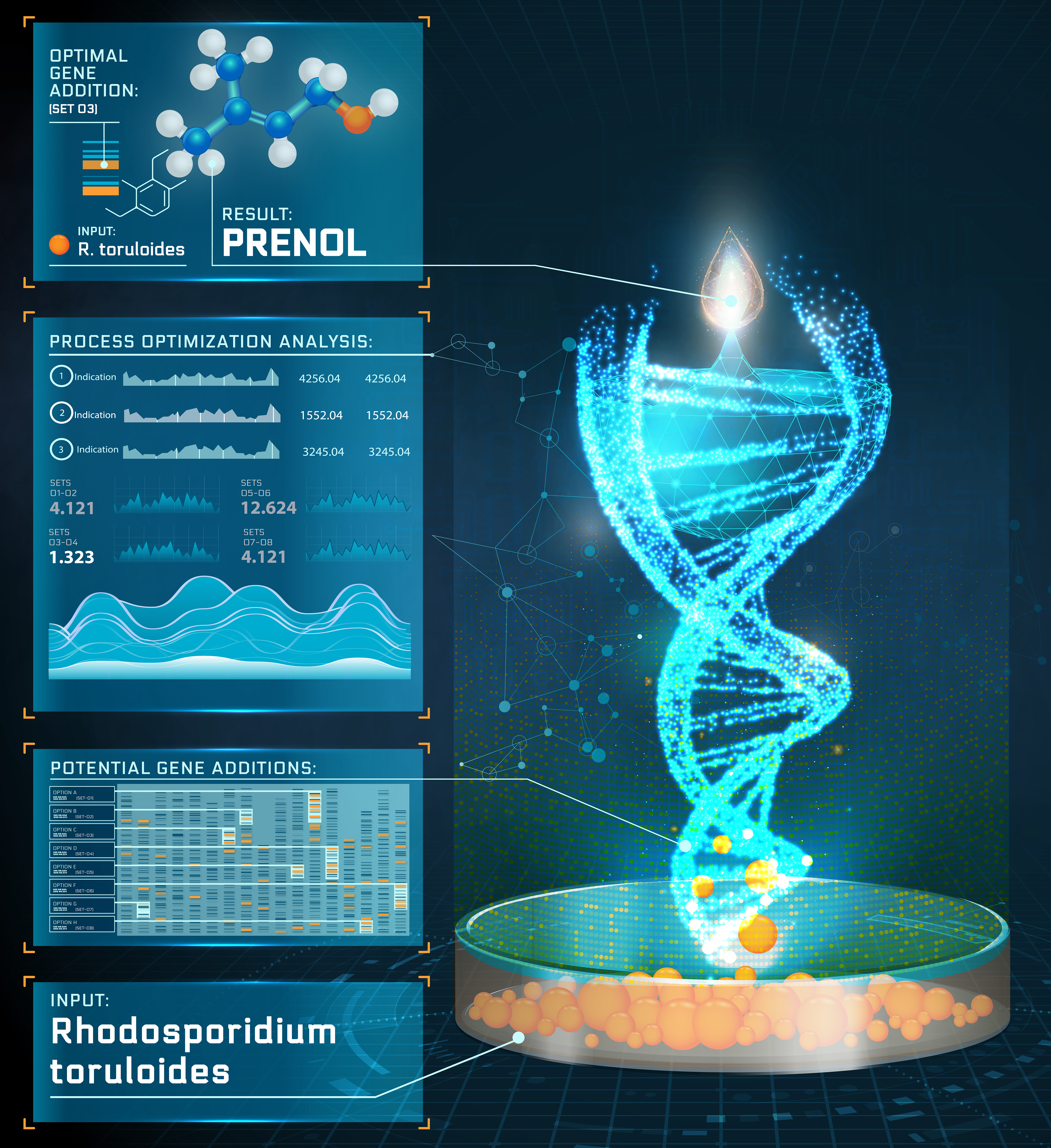 A graphic illustration of the kind of retrosynthetic analysis conducted by RetSynth software developed at Sandia National Laboratories. Using a novel algorithm, the software identifies the biological or chemical reactions needed to create a desired biological product or compound.

Newswise — LIVERMORE, Calif. — Biologists at Sandia National Laboratories developed comprehensive software that will help scientists in a variety of industries create engineered chemicals more quickly and easily. Sandia is now looking to license the software for commercial use, researchers said.

The software platform uses retrosynthetic analysis to help scientists identify possible pathways to production — the series of biological and chemical reactions, or steps, needed to engineer and modify the molecules in a cell — to create the desired biological product or compound. By using the software to rapidly analyze all pathways, scientists can determine the production sequence with the fewest steps, the sequences that can be completed with available resources or the most economically viable process.

Synthetic biology involves redesigning organisms for useful purposes by engineering them to have new abilities. Researchers and companies around the world are using synthetic biology to harness the power of nature to solve problems in medicine — such as the development of vaccines, antibodies and therapeutic treatments — as well as in manufacturing and agriculture.

“Synthetic biology is becoming a critical capability for U.S. manufacturing. It has the potential to dramatically reduce waste, eliminate or curtail emissions and create next-generation therapeutics and materials,” said Corey Hudson, a computational biologist at Sandia. “That is where people will see RetSynth have the biggest impact.”

“The diverse functionality of RetSynth opens a lot of opportunities for researchers, giving them multiple options, including biological, chemical or hybrid pathways to production,” Hudson said. “All the while, the software is accelerating the research and development process associated with bioproduction. Traditionally, this process has been relatively slow and complex.”

RetSynth is designed to save researchers time and money by suggesting process modifications to maximize theoretical yield, or the amount of bioproduct that could be produced, Hudson said. All available pathways are rendered using clear visual images, enabling software users to quickly interpret results.

The RetSynth software was originally developed as part of the Department of Energy’s Co-Optimization of Fuels & Engines initiative, a consortium of national lab, university and industry researchers who are creating innovative fuels and combining them with high-efficiency engines to reduce emissions and boost fuel economy.

Today, RetSynth has been expanded to support a variety of diverse applications, and Sandia is ready to license the software to an industry partner for commercial use, Hudson said.

Transfer of Sandia’s innovative technologies to the marketplace through outside technology partners leads to billions in economic impact and supports tens of thousands of high-paying jobs each year, according to a recent report.