2-Nov-2017 10:05 AM EDT, by Perelman School of Medicine at the University of Pennsylvania contact patient services
favorite_border 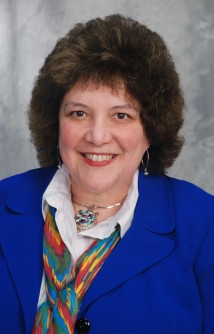 Newswise — PHILADELPHIA – Suzanne Rose, MD, MSEd, a renowned leader in medical education, has been named senior vice dean for Medical Education in the Perelman School of Medicine at the University of Pennsylvania.

Rose, who will begin her new role in February 2018, currently serves as senior associate dean for Education at the University of Connecticut School of Medicine, where she has been nationally recognized for spearheading a highly successful curriculum reform effort.

“We are thrilled to welcome one of the most nation’s talented leaders in medical education to Penn Medicine. Dr. Rose is nationally recognized as an inspirational and collaborative leader with a strong track record of fostering transformative change,” said J. Larry Jameson, MD, PhD, dean of the Perelman School of Medicine and executive vice president of the University of Pennsylvania for the Health System. “As senior vice dean, Rose will work with our students, faculty, and staff to help shape the future of medicine through innovation, inclusion, and impact while inspiring trainees to deliver exceptional patient care.”

Prior to her role at UConn, Rose held leadership positions at Mount Sinai and the University of Pittsburgh. Rose is a graduate of the University of Pennsylvania, with a Bachelor of Arts in Russian Language and Literature and a Master of Science in Education. She received her medical degree from Case Western Reserve University followed by residency in internal medicine and a postdoctoral fellowship in gastroenterology. Her scholarship has a sharp focus on medical education, crossing the intersecting domains of women’s issues in health, undergraduate and graduate medical education, evaluation of educators, and developing the next generation of health care leaders.

In addition to her responsibilities as a committed educator within academia, Rose is actively involved in many national societies and organizations. She has served as chair of the American Gastroenterological Society (AGA) Education and Training Committee and as chair of the Association of American Medical Colleges (AAMC) Group on Educational Affairs. Her numerous awards and honors include the American Gastroenterological Society (AGA) Distinguished Educator Award and the Inaugural Distinguished Service and Leadership Award from the AAMC’s Northeastern Group on Educational Affairs.

Penn Medicine is committed to improving lives and health through a variety of community-based programs and activities. In fiscal year 2016, Penn Medicine provided $393 million to benefit our community