14-Feb-2017 11:05 AM EST, by Perelman School of Medicine at the University of Pennsylvania contact patient services
favorite_border 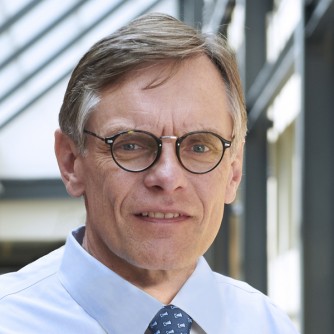 Angelman syndrome is a rare neurological disorder that affects about one in 15,000 people, totaling about 490,000 worldwide. Individuals with AS have balance issues, motor impairment, and seizures, among other symptoms. Typical characteristics are not usually evident at birth, and people with the disorder develop feeding difficulties as infants and delayed development at about six to 12 months. In most cases, AS is not inherited and is often misdiagnosed as autism or cerebral palsy.

“The Orphan Disease Center is delighted to launch a new collaboration with FAST on the development of gene therapy for Angelman syndrome,” said ODC director James M. Wilson, MD, PhD, who is also a professor of Medicine and Pediatrics in the Perelman School of Medicine at the University of Pennsylvania. “Combining ODC’s experience in novel therapeutics with the tremendous progress made by FAST and its families, caregivers, and scientists has set the stage for an aggressive and exciting research plan.”

Since its inception, ODC has aligned its mission to address the unmet needs of the rare disease community. ODC focuses on making rare disease research a priority and is committed to ensuring that the best science is accessible to the global community and to patients across all populations.

Currently, there are no treatments for AS, which is caused by mutations in the UBE3A gene and the loss of UBE3A protein expression. In the brain, UBE3A is primarily expressed by the maternal copy of the gene through a biological process known as paternal imprinting. UBE3A is an enzyme that targets proteins for removal from the cell, although it is not known how the loss of UBE3A in the brain leads to AS. Developing a gene therapy for AS will focus on replacing this gene in children who are lacking a functional copy.

“We are excited to launch a new effort in Angelman syndrome in collaboration with the Angelman community and FAST,” said Ashley Winslow, PhD, ODC senior director. “Advancements in the understanding of AS make therapeutic approaches like gene therapy a natural fit for treating Angelman syndrome.”

“All of the board members of FAST are parents who are working toward breakthrough treatments for our children,” said FAST chief scientific officer Allyson Berent, DVM, DACVIM. “In making a commitment to develop an AS-specific gene therapeutic, Dr. Wilson and his research team further confirm our belief that Angelman syndrome is a curable disorder. To have an accomplished visionary researcher developing a potential gene therapy treatment for AS indicates we are closer than ever to this ultimate goal. Dr. Wilson and the team at Penn have such a successful track record in the field of gene therapy, and we are beyond enthusiastic that, for our children, the time is now.”

The Orphan Disease Center is expanding its emphasis on neurodevelopmental disorders, such as AS, and through this effort hopes to leverage expertise across closely related disorders to accelerate therapeutic development.