Newswise — UNIVERSITY PARK, Pa. — A team of Penn State Aerospace Engineering faculty and students is one step closer to making electric-powered human flight a reality after winning a Phase I award for the GoFly Prize, a worldwide competition to build the world’s first personal flying device for anyone, anywhere.

The two-year competition, sponsored by The Boeing Company and managed by GoFly, will push the boundaries of innovation, engineering and transportation, and will challenge innovators, inventors and engineers to develop a safe, quiet, ultra-compact, near-VTOL (vertical takeoff and landing) personal flying device capable of flying 20 miles without refueling or recharging, while carrying a single person.

The Penn State team, named Blue Sparrow and captained by Jack Langelaan, associate professor of aerospace engineering, was one of 10 teams to win Phase I, following a rigorous selection process including more than 150 entries from across 33 countries.

“We entered the competition because this was a very interesting and unique aircraft design project, but also because academically, it would be a great opportunity for the students in our aircraft design class and for our graduate students,” said Langelaan. “We’ve reached a point where improvements in batteries, electric motors and electronic speed controllers have enabled new aircraft configurations. We’re excited to begin Phase II.”

GoFly competition aircraft will need to meet strict requirements for size, speed, endurance, noise and pilot safety. Beyond these requirements, what the aircraft looks like and how it flies is up to each individual team.

To satisfy the desire for mechanical simplicity and low technical risk, and with an emphasis on maximum pilot safety, Blue Sparrow chose a battery-powered multirotor configuration for its vehicle, specifically a Y6 configuration, which arranges a set of six motors and rotors in three stacked coaxial pairs, with each pair at the end of a Y-shaped frame. Each motor will have independent electronic speed control.

“We chose this configuration because it provides good controllability and reduces the power required to fly within the size constraints imposed by the competition,” said Langelaan. “The Y6 also provides redundancy, so we can maintain safe flight even if a motor fails. And with the motors positioned above the pilot and the battery below the pilot, we create a virtual cage that protects the pilot.”

To further reduce technical risk and cost, and to achieve required safety levels, the team will implement a simple flight-critical stability and control system design. The system will enhance safety through health monitoring, pilot cueing and autopilot functions. The sophisticated operator interface will include an augmented reality-based flight display that will dovetail with a virtual reality-based simulator for training.

“We will specifically design the flight control system to be multiply redundant and to achieve three main goals: to place primary responsibility for safe flight on the pilot, to minimize the sensing required for safe flight under normal operation and to enable control augmentation for flight training,” said Langelaan. “The system should perform well under all combinations of motor/rotor degradation/failure and a wide range of changes in the vehicle, including payload weight, density altitude and loss rigidity due to a fault.”

Next steps for the team will include prototyping and testing the entire vehicle drive system, including motors, rotors, speed controls and battery; conducting flight simulations in the new Penn State Motion-base Flight Simulator Lab; and building a working subscale vehicle.

In March 2019, GoFly will announce four winners of Phase II, based on a VTOL demonstration, revised Phase I materials and a status report providing proof that a prototype, demonstrator or the device itself has flown and successfully performed a minimum number of required maneuvers.

If successful in winning the phase, Blue Sparrow will be invited to compete in the Final Fly-off in October 2019, where teams will debut their personal flying devices and a $1,000,000 grand prize will be awarded for the best compliant overall fly-off score. An additional $600,000 will also be awarded across three sub-categories.

For vehicle design, building and testing, the team will make use of several Penn State labs and facilities, including the Air Vehicle Intelligence and Autonomy Lab, the Unmanned Aircraft Systems Lab, the Sailplane Lab and the Bernard M. Gordon Learning Factory. 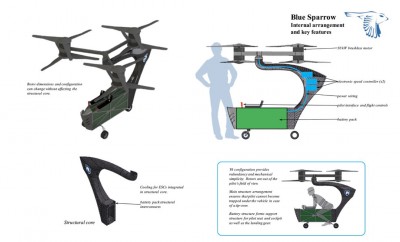 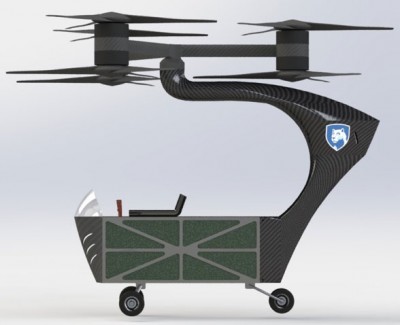 Caption: A side view of Blue Sparrow 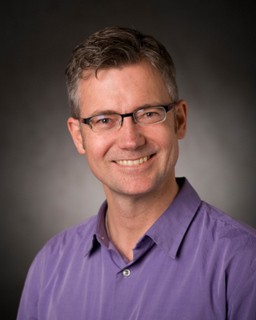