Perimeter Institute Launches a New Centre for the Universe 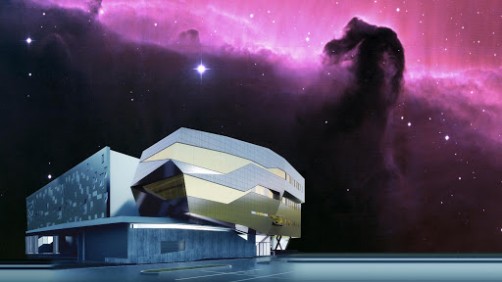 Newswise — November 20, 2017 (Waterloo, Ontario, Canada) – Perimeter Institute is launching its new Centre for the Universe, a cluster of interdisciplinary research tackling the toughest questions in cosmology.

The Centre was officially launched Nov. 20, along with the announcement that three prestigious new cosmology Fellowships – named after eminent cosmologists Stephen Hawking, Jim Peebles, and the late Yakov Zel’dovich – will be held by exceptional early-career scientists at the Centre.

Under the leadership of Neil Turok, the Centre will design and analyze new observations and experiments to shed light on key mysteries in cosmology while supporting the intense development and testing of new theoretical ideas and techniques. The Centre’s scientific patrons are Stephen Hawking and 2015 Nobel laureate Art McDonald, and its steering committee includes Asimina Arvanitaki, Avery Broderick, Luis Lehner, Kendrick Smith, and new Perimeter Faculty member Neal Dalal.

“We are fortunate to live in a golden age of discovery of the universe,” said Turok. “Cosmology has always provided some of science’s biggest conundrums. Now, it is providing many of the most important clues which are guiding the future development of fundamental physics.”

With a mix of eminent international leaders and rising young stars, the Centre for the Universe at Perimeter Institute will be an international focal point for research into black holes, the big bang, dark matter, dark energy, and other basic questions in cosmology. The focus on ambitious and daring early-career scientists is the impetus behind the creation of three new Fellowships.

“I am honoured to have my name associated with one of the new Fellowships,” Hawking said. “Cosmology is one of the most exciting fields in science today. We are on the verge of major discoveries about the universe and its origins. I hope and expect many of those discoveries will be made at Perimeter.”

The Centre is founded in partnership with the Canadian Institute for Theoretical Astrophysics (CITA) and the Dunlap Institute at the University of Toronto, the University of Waterloo’s astrophysics initiative, Queens University, SNOLAB, and York University – institutions involved in some of today’s most important astronomical experiments, including the Square Kilometer Array, the Event Horizon Telescope, and the Canadian Hydrogen Intensity Mapping Experiment (CHIME).

The Centre for the Universe was made possible thanks to generous founding donation from a philanthropist who wishes to remain anonymous.

Find news, videos, and photos from the launch at www.perimeterinstitute.ca