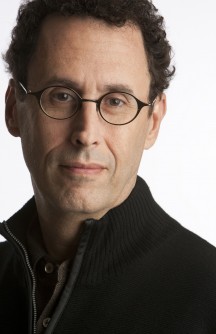 Playwright Tony Kushner will be awarded an honorary degree by Ithaca College.

Newswise — Acclaimed playwright Tony Kushner — whose works have engaged some of the most important social and political debates taking place in our culture — will be awarded an honorary Doctor of Letters degree by Ithaca College at the college’s Commencement ceremony on May 17.

Kushner is best known for “Angels in America: A Gay Fantasia on National Themes,” his two-part epic filled with sweeping emotional, philosophical and theological themes. He was awarded the 1993 Pulitzer Prize for Drama and Tony Award for Best Play for part one, “Millennium Approaches,” and another Tony the following year for part two, “Perestroika.”

Later adapted for both television and opera, “Angels in America” remains a standard by which other works are measured for its frank treatment of homosexuality and AIDS.

Kushner’s other plays include “A Bright Room Called Day,” set in Nazi Germany; “Homebody/Kabul,” about Afghanistan’s troubled relationship with the West; and “Caroline, or Change,” a musical set in the Civil Rights era.

More recent works include “The Intelligent Homosexual’s Guide to Capitalism and Socialism with a Key to the Scriptures” and “Tiny Kushner,” a collection of one-acts.

He has also translated and adapted a number of works by other playwrights, written several books and published numerous essays and interviews on the state of the theater.

In addition to winning an Emmy Award for writing the HBO version of “Angels in America,” Kushner received Academy Award nominations for his screenplays for the Steven Spielberg films “Munich” and “Lincoln.”

Other honors include an Arts and Letters Award from the American Academy of Arts and Letters, PEN/Laura Pels International Foundation for Theater Award, Chicago Tribune Literary Prize for lifetime achievement, National Medal of Arts and Steinberg Distinguished Playwright Award.

Kushner has been a regular on the college lecture circuit, displaying a deep commitment to educating students on the craft of writing and the theatrical arts.

In 2011, he served as Ithaca College’s Distinguished Speaker in the Humanities, appearing on stage to be interviewed as part of a public presentation and spending time in a classroom answering questions and offering advice to theater students.

The main speaker at the May Commencement ceremony will be rower Meghan Musnicki, a 2005 Ithaca College graduate who earned a gold medal as part of the women’s eight event at the 2012 Summer Olympics in London.