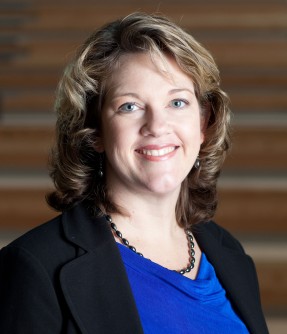 Megan McClelland is a nationally-recognized expert on child development and core director at OSU's Hallie E. Ford Center for Healthy Children and Families.

Newswise — CORVALLIS, Ore. – Young children who are able to pay attention and persist on a task have a 50 percent greater chance of completing college, according to a new study at Oregon State University.

Tracking a group of 430 preschool-age children, the study gives compelling evidence that social and behavioral skills, such as paying attention, following directions and completing a task may be even more crucial than academic abilities.

And the good news for parents and educators, the researchers said, is that attention and persistence skills are malleable and can be taught.

“There is a big push now to teach children early academic skills at the preschool level,” said Megan McClelland, an OSU early child development researcher and lead author of the study. “Our study shows that the biggest predictor of college completion wasn’t math or reading skills, but whether or not they were able to pay attention and finish tasks at age 4.”

Parents of preschool children were asked to rate their children on items such as “plays with a single toy for long periods of time” or “child gives up easily when difficulties are encountered.” Reading and math skills were assessed at age 7 using standardized assessments. At age 21, the same group was tested again for reading and math skills.

Surprisingly, achievement in reading and math did not significantly predict whether or not the students completed college. Instead, researchers found that children who were rated higher by their parents on attention span and persistence at age 4 had nearly 50 percent greater odds of getting a bachelor’s degree by age 25.

McClelland, who is a nationally-recognized expert in child development, said college completion has been shown in numerous studies to lead to higher wages and better job stability. She said the earlier that educators and parents can intervene, the more likely a child can succeed academically.

“We didn’t look at how well they did in college or at grade point average,” McClelland said. “The important factor was being able to focus and persist. Someone can be brilliant, but that doesn’t necessarily mean they can focus when they need to and finish a task or job.”

McClelland, who is also a core director in OSU’s Hallie E. Ford Center for Healthy Children and Families, said interventions aimed at increasing young children’s self-control abilities have repeatedly shown to help boost “self-regulation,” or a child’s ability to listen, pay attention, follow through on a task and remember instructions.

In a past study, McClelland found that simple, active classroom games such as Simon Says and Red Light/Green Light have been effective tools for increasing both literacy and self-regulation skills.

“Academic ability carries you a long way, but these other skills are also important,” McClelland said. “Increasingly, we see that the ability to listen, pay attention, and complete important tasks is crucial for success later in life.”

OSU’s Alan Acock, along with Andrea Piccinin of the University of Victoria and Sally Ann Rhea and Michael Stallings of the University of Colorado, contributed to this study, which was funded by the National Institute of Child Health and Human Development and a Colorado Adoption Project grant.