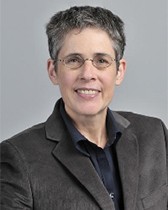 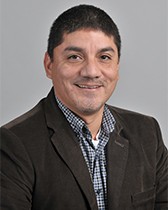 Newswise — EVANSTON, Ill. --- The U.S. Department of Justice is calling California’s sanctuary policies that protect undocumented immigrants “unconstitutional” and has filed a lawsuit against the state, and California’s governor and attorney general. Political science professors Jacqueline Stevens and Jaime Dominguez are available to comment.

Jacqueline Stevens, a professor of political science and director of the Deportation Research Clinic at Northwestern University, can be reached by e-mail at [email protected]northwestern.edu or at (mobile) 805-637-4696.

Quote from Professor Stevens
“As U.S. citizens see the effects of deportation laws unfold in their communities, including unlawful raids and arrests of individuals profiled as Latinx, they are starting to fight back.

“The Department of Justice’s recent attack on local and state governments protecting their communities against the often false arrests and illegal imprisonments by the federal government of U.S. residents, including U.S. citizens and legal residents, resembles what happened in the United States in the 1850s, after Congress passed the Fugitive Slave Act. The resistance now appears to be part of a similar legal and political march toward the abolition of deportation.”

Jaime Dominguez is an assistant professor of instruction in the department of political science at Northwestern University. His research interests include race and ethnicity, coalition politics and urban and minority politics. He can be reached by email at [email protected]edu or at (mobile) 312-375-4868.

Quote from Professor Dominguez
“Policies that nurture cooperation between immigrants in the country illegally and law enforcement is what makes cities more safe. This lawsuit is an attempt by the Trump Administration to once again scapegoat the immigrant community while appealing to his conservative base and in particular, hard-line anti-immigrant advocates. This lawsuit is less about public safety and more about undercutting state and local community policing efforts, ones that promote cooperation over divisions.”