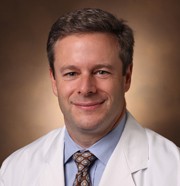 Seth Karp, M.D., Chair of the Department of Surgery, Vanderbilt.

Newswise — A new proposal under consideration by the United Network of Organ Sharing (UNOS) that would change the way donated livers are distributed would negatively impact patients listed for liver transplantation at Vanderbilt University Medical Center and across the Southeast, according to Seth Karp, M.D., H. William Scott Jr. Professor and chair of the Department of Surgery. “This proposal to reallocate livers for transplantation will significantly decrease our access to livers for transplant, leading to longer wait times for our patients, who will be sicker at the time of transplant, making the rehabilitation process more difficult,” Karp said. “We have opposed this proposal since it was first introduced three years ago. This change is motivated by concerns in other parts of the country that wait times for livers are longer than in others.” At Vanderbilt, patients on the liver transplant waiting list have top priority for an organ donated in Tennessee. If there is no suitable recipient within the state, the organ is then offered to four other states — Kentucky, North Carolina, South Carolina and Virginia. Only after it is not a viable option for a patient within the Southeast region is the liver made available to centers throughout the country. Under the new proposal, livers donated in Tennessee would be available to transplant centers in California and New York, which has one of the lowest donation rates in the country, said Karp. “We live in an area of the country where the incidence of liver disease and death rates from liver disease are very high,” said Karp. “We also have very good donation rates at Vanderbilt with greater than 95 percent of people agreeing to donate a loved one’s organs. “In other areas, like in New York, the rates are 53 percent. Livers would be going to places where there are fewer people willing to donate. “Our stance is simple: local communities need to improve their organ donation rates, not redistribute organs across the country.” Karp, who has met with members of UNOS, the Health Resources and Services Administration (HRSA) and members of the Tennessee congressional delegation, is asking those who oppose the new proposal to ensure their voices are heard by leaving a comment on the U.S. Department of Health and Human Services website. In addition to the loss of donated livers to Vanderbilt and other areas, the proposal could also increase the amount of travel and costs for liver transplant patients, potentially worsening geographic disparities for care, especially in populations with poor access to health care. Douglas Hanto, M.D. Ph.D., director of the Vanderbilt Transplant Center, said that as long as there is a national shortage of organs and demand continues to outstrip supply, every state needs to step up its efforts to raise awareness and educate communities about the need for organ donation. “Making a connection between donors and recipients in the same community is vital to the donation process,” said Hanto. “It not only creates a bond, but holds local communities accountable for organ donation.” Hanto credits the organ procurement agency (OPO), Tennessee Donor Services (TDS) and the generosity of community members in Tennessee with the high donation rates and steady supply of much-needed livers. “Because of our high-performing OPO and the generous donation rates of Tennesseans, we are able to not only serve our patients but also export a significant number of livers to patients outside of Tennessee,” said Hanto. “The solution is not to redistribute existing livers, but to increase the supply in those areas lacking organs by boosting awareness efforts to improve donation rates.”