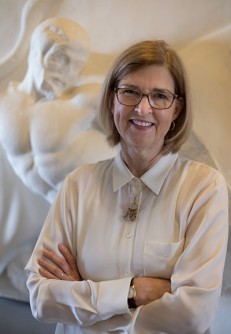 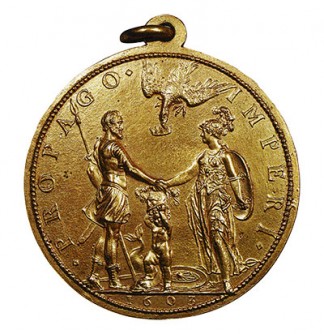 Newswise — Was King Henry IV of France a feminist? Probably not. But new research by Professor Nicola Courtright aims to show how the art and architecture of his royal residences—from the Louvre to Luxembourg Palace—elevated the status of Queen Marie de Medici and re-envisioned gender roles in early modern ruling culture.

Courtright, the William McCall Vickery 1957 Professor of the History of Art, has been awarded two grants to pursue her research. This semester, she is a visiting professor at Villa I Tatti, The Harvard University Center for Italian Renaissance Studies in Florence, Italy, which hosts scholars from a variety of fields for research and writing. In the spring, she’ll be a senior fellow at the National Gallery of Art’s Center for Advanced Study in the Visual Arts in Washington, D.C., where she’ll partake in lectures, colloquia and informal discussions with other art historians.

Both institutions offer Courtright access to vast research archives that will inform her forthcoming book, Art and Queenly Authority: The Creation of Spaces for Marie de Medici. The book explores the spaces Marie inhabited—her chambers, galleries and gardens—and their imagery of her shared sovereignty with the king that made the queen’s place in the monarchic structure visible in a whole new way.

“It was for the safety of the monarchy,” Courtright says. Henry IV knew that if he died before his son came of age (which he did), Marie would be the only one to ensure the continuance of the monarchy.

Access to old materials is crucial for Courtright’s project, since nearly all of the spaces she’s investigating either no longer exist or look entirely different today. She’s looking at artworks, floor plans, diaries, letters and other objects and facsimiles from the mid-16th century to today. “It’s like a jigsaw puzzle,” she says, “layering through time.”

The study of rooms and the objects within them is at the heart of Courtright’s art history seminar “Art, Things, Spaces and Places from the Renaissance to the Enlightenment.” Last year, she curated a similarly themed exhibition at the Mead Art Museum that included artworks, sculptures and period furniture. “I wanted to understand the environments these kings and queens lived in, to get a whole picture of what life was like then,” she says.

Courtright first became interested in the idea behind her research when she saw a bronze medal by Guillaume Dupré from 1603 portraying King Henry IV and Queen Marie as if equals. “They’re shaking hands, and they’re completely balanced and equally weighted,” she says. The symbolism parallels the structures of their palaces, which in the 17th century began to include expanded chambers for the queen, decorated to emphasize her importance in the monarchic structure.

She also noticed the imagery of the queen and king as if equals in a painting by Peter Paul Rubens, commissioned by Marie after the king’s death, which hangs in the Louvre today. “There’s a treasure trove of work there,” Courtright says, some of which she’ll include in the book to give insight into what happened after the death of Henry IV. “He was really trying to see beyond his death,” she says, “and to make room for women in the future.”

Visit Professor Courtright’s faculty profile to learn more about her research and courses.