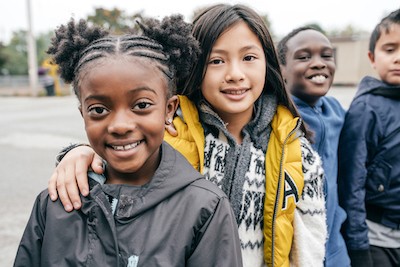 Newswise — New Brunswick, N.J., September 17, 2019 – In what is believed to be the largest dataset study to date examining the role of race on survival outcome for pediatric patients with Hodgkin lymphoma, investigators at Rutgers Cancer Institute of New Jersey have found that black patients have significantly worse overall survival at five years than white patients when accounting for all available clinical variables.  The work is being presented as part of a mini oral presentation at the Annual Meeting of the American Society for Radiation Oncology (ASTRO) in Chicago this week.

The National Cancer Database, which captures oncology data from more than 1,500 facilities accredited by the Commission on Cancer, was utilized in the study. Identified and evaluated was a final sample of 9,285 eligible patients aged 21 and younger with a diagnosis of stage 1 to stage 4 Hodgkin lymphoma from 2004 to 2015.

Eighty-three percent of patients were white, 12 percent black and five percent ‘other.’  Black patients were found to be younger (under age 15), at a lower stage of disease when diagnosed, less likely to have a sub-type of disease known as nodular-sclerosis, and more commonly to exhibit what are known as ‘B symptoms’ (fever with no infection, night sweats, unexplained weight loss). This population also was found to be of lower income and lower education status, and more likely to be under/uninsured. Similar among the races were treatment interventions, including use of chemotherapy, radiation therapy, or combined modality therapy (chemotherapy followed by radiation). Clinical features and survival outcomes were evaluated using various statistical tests and models.

“The race-based disparity demonstrated through this work transcends that of differences in socioeconomic status,” notes the work’s senior investigator, Rutgers Cancer Institute radiation oncologist Rahul Parikh, MD, who is the director of the Laurie Proton Therapy Center at Robert Wood Johnson University Hospital, an RWJBarnabas Health facility. “Future research should focus on understanding the biological causes of this disparity and identifying ways to alleviate it,” adds Dr. Parikh, who is also an associate professor of radiation oncology at Rutgers Robert Wood Johnson Medical School.

Other data set exploration by Rutgers Cancer Institute investigators includes that of radiation oncologist Nisha Ohri, MD and colleagues. She is the senior author on work presented during a poster presentation this past Sunday at ASTRO that evaluated the change in volume of a lumpectomy cavity during hypofractionated breast radiation therapy and assessed the benefits of adaptive planning for lumpectomy boost delivery.

A retrospective review of Rutgers Cancer Institute data identified 37 eligible patients who were treated with hypofractionated radiation therapy followed by a lumpectomy boost from October 2017 to December 2018. Two separate CT scans were obtained. The first was utilized to plan whole breast irradiation and the second to plan the lumpectomy cavity boost. Patient and tumor variables were examined for correlation with change in lumpectomy cavity volume between CT scans.

Rutgers Cancer Institute faculty members are also collaborators on a number of other on-site presentations and abstracts/posters published in conjunction with the ASTRO annual meeting that are not listed here.