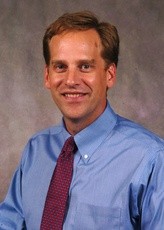 Newswise — The best way for companies to avoid becoming takeover targets is to engage in regular stock buy-backs on the open market, according to research by a University of Iowa business professor.

"Firms that buy their stock back on the open market are seen as more efficient and more sensitive to shareholder interests," said Matt Billett, professor of finance in the Tippie College of Business. "It's a sign of shareholder-friendly management."

Billett recently studied more than 23,000 U.S. companies to determine whether open market share repurchases deter takeovers. What he and his co-author found was evidence that, for the first time, verified the conventional wisdom that, indeed, they do.

"While tender offers have been shown to act as an effective defense in the midst of takeover battles, open market repurchases may deter unwanted bids, pre-empting would-be acquirers from bidding in the first place," Billett said.

In the research, Billett found 2,544 of the 23,000 companies he examined engaged in open market stock repurchases. A similarity he found in the firms that bought back stock is that many of them exhibited signs at some point of becoming a potential takeover target. He found that the top 5 percent of companies that engaged in open market re-purchases bought back an average of 15 percent of their own stock at a time, a large number that demonstrated management knew the firm could be a take-over target.

Billett said his research shows a well-managed firm will repurchase its stock when management senses a high takeover probability. He cites the example of Sears, which in 1989 bought back huge amounts of its own stock—even selling its iconic Chicago skyscraper to raise more cash—to ward off rumored take-over attempts. In the end, no attempt was made.

"When the economic environment becomes more favorable to the firm becoming a takeover target, management with greater sensitivity to the market will buy back shares to make themselves less attractive," he said.

Buy-backs do more than just show management can read the economic landscape, though. He said a stock repurchase shows the management is sharp enough to recognize they may be a takeover target and will take the appropriate measures to avoid it.

On top of that, he said a buy-back shows management is willing to return cash to the shareholders, pay debt with limited resources, and generally make it a bigger challenge for themselves to run the firm.

"It's a key way to show that management has shareholders' goals in mind, and it reflects that the company is being managed in a way shareholders want," he said. "It's a message to shareholders that they don't need someone to come in and change the company's management."

Buy-backs also score points for management with shareholders because they put the firm's money in their own pockets for the shares they sell, and increases the value of the shares they don't sell.

"It shows a willingness on behalf of management to give up resources to shareholders," he said.

Billett also found that small firms tend to buy back more of their own stock, in part to draw attention to themselves.

"Little is known about small firms because they aren't mature and have less public scrutiny, unlike larger firms that get a lot of attention from the media and shareholders," said Billett. "So one way for a small firm to call attention to itself is to buy back some of its shares to increase the stock price in a way that people will notice."

But Billett also pointed out that open market buybacks work only if the share price is fairly or under-valued, because buying back over-valued stock loses the firm money when the share price finally drops.

Billett's paper, "The Takeover Deterrent Effect of Open Market Share Repurchases," co-authored by the late Hui Xue of Kansas State University, was recently published in the Journal of Finance.