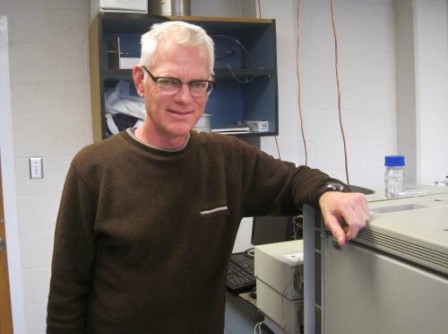 Eric Burnham, senior research associate in the Department of Chemistry and Biochemistry 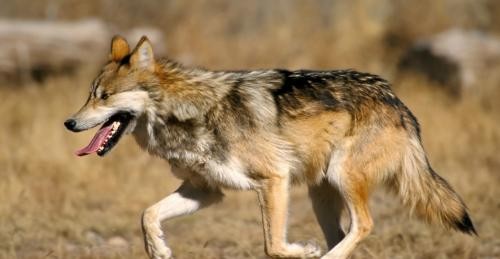 The chemistry instrumentation developed by Eric Burnham and Gary Eiceman could help estimate the population of Mexican wolves.

Newswise — Researchers at New Mexico State University are seeking donations to fund a project that could help the U.S. Fish and Wildlife Service estimate the population of Mexican wolves in the country in a way that is faster, cheaper and more accurate than the current method of tracking.

Presently, researchers use a method of molecular replicating, scat-DNA polymerase chain reaction, to mark a wolf in the wild using the DNA in scats. This is very similar to the way a crime lab identifies individual humans based on their DNA. They can then estimate the population size of the wolves.

The Mexican wolf is an endangered species. Each year, the Fish and Wildlife Service estimates the population as a way to track their recovery efforts.

“Our goal is to use analytical chemistry instrumentation to non-invasively determine gender age and individual identity of Mexican wolves,” said Eric Burnham, senior chemistry research associate in the College of Arts and Sciences. “We propose to test a new technology, based on the chemical odorant profile of scat to quickly, inexpensively and accurately identify individual Mexican wolves. If successful, the data could be used to estimate population size, as well as age, and gender structure of the population.”

Burnham and NMSU chemistry professor Gary Eiceman are using the website Experiment.com to crowdfund their research. The two are hoping to raise $6,000 to use a gas chromatography differential mobility spectrometry (GC-DMS). The instrument analyzes volatile chemicals in way that is similar to how dogs can pick up information from a scent.

“We have proven in exploratory studies that metabolic profiling of volatile organic compounds in scat can identify species, serving immediately as a fast and inexpensive substitute for DNA barcoding,” Burnham said. “Economics strongly favor our approach, where the cost per sample can be $14, compared to as much as $150 for genotypic identification using molecular markers like microsatellites.

“When somebody escapes from prison and they send out scent dogs to track them, the dogs pick up the scent, which is volatile chemicals that come from dead skin cells. Animals and humans are always exfoliating dead skin cells.”

The GCDMS has a 93-percent accuracy in identifying individual, Burnham added. It takes about 90 minutes to get a result. He pointed out that being able to non-invasively predict the age of an animal is unprecedented. Usually, scientists get that information by extracting animals’ teeth and counting the rings.

Burnham will conduct his research in the Blue Range Wolf Recovery Area in the Gila National Forest and will work with John Oakleaf, Fish and Wildlife Service senior wolf biologist.

So far it’s unknown how weather conditions would affect the scats, and as a result, the reading from the GCDMS.

“Eventually I hope I will be able to use footprints instead of scats,” Burnham said. “I have a means for doing that, but I haven’t tested it yet.”

To contribute to the project or learn more about it, visit https://experiment.com/projects/can-we-predict-individual-identity-age-and-gender-of-mexican-gray-wolves-from-their-scent. 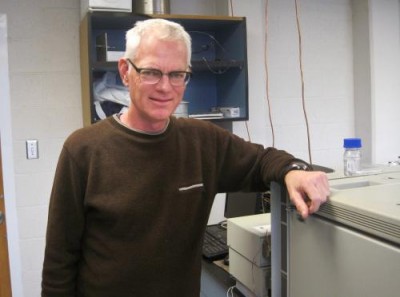 Caption: Eric Burnham, senior research associate in the Department of Chemistry and Biochemistry 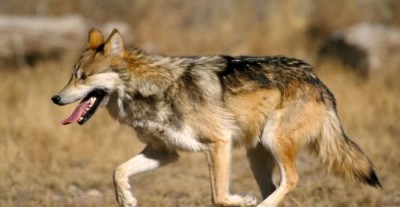 Caption: The chemistry instrumentation developed by Eric Burnham and Gary Eiceman could help estimate the population of Mexican wolves.