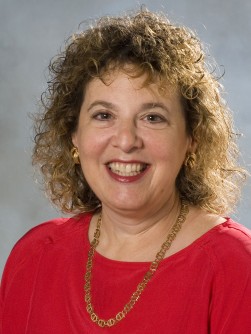 Newswise — Nothing could have prepared New Jersey’s residents for the devastation wreaked by Hurricane Sandy in 2012. Particularly hard hit was the state’s elderly population. While statistics show that elderly residents accounted for 65 percent of the deaths associated with the storm, little is known about the lasting effects on those who survived, particularly how the storm and its aftermath contributed to functional declines and disability in older adults.

Now, with the help of a five-year, $2.8 million grant from the National Institute on Aging and a unique data panel of close to 6,000 older people in New Jersey, Rachel Pruchno, PhD, of the Rowan University School of Osteopathic Medicine, has begun a study that will examine how disasters affect functional limitations of older people, measure the health care expenses associated with those limitations, and develop strategies that increase the likelihood that older people will flourish despite the stress of natural disasters.

“Only a few studies have ever attempted to examine the physical health, decreased physical functioning and increased pain older adults experience in the wake of a disaster,” said Pruchno, who is also the director of Research at the school’s New Jersey Institute for Successful Aging. “Fewer than five percent of previous studies include pre-disaster information about people and those that do are based on small samples.”

In contrast, Pruchno’s study will include extensive health information from interviews conducted between 2006 and 2008, and again in 2011 with 5,688 New Jersey residents who were between the ages of 59 and 74 at baseline. Functional limitations – such as the ability to walk a quarter mile, sit or stand for two hours, grasp small objects or lift 10 pounds – were assessed initially and again in 2011. As part of the current study, researchers will conduct annual follow-up interviews over the next three years that assesses the same information as the prior studies.

Pruchno’s study is expected to yield new information that will be crucial for driving policy reforms that consider the long-term functional and health care consequences of a disaster. As weather-related crises become more common in the decades ahead, preventing vulnerability of older people and increasing their resilience is critical. In keeping with the broader goals of this project, findings from this study will inform future interventions designed to enhance resilience in older populations who experience natural disaster. “With each weather-related disaster, affected communities struggle to protect their citizens, yet our knowledge base remains limited given the many challenges of studying the effects of disaster,” Pruchno said. “Although significant efforts have been made to improve resource planning in the immediate aftermath, health care needs are likely to persist long after a disaster, particularly for our most vulnerable populations, older adults with functional limitations.”

This award marks the second federal grant Pruchno has received to further understanding of the impact of natural disasters, like Hurricane Sandy, on vulnerable populations. In October of last year, she received a two-year $681,000 grant from the U.S. Department of Health and Human Services to determine how social capital promotes the resilience of older adults exposed to disaster.

In the year since it was designated a comprehensive public research university, Rowan University has received over $20 million in sponsored program grants and contracts from federal, state, and private sources. This represents the highest total of externally sponsored funding in the institution’s history and is an increase of 65 percent over the total awarded in the previous year.

About Rowan UniversityRowan University is a state-designated public research institution with campuses in Glassboro, Camden and Stratford, N.J., that offers bachelor’s through doctoral programs to 14,000 students. In the past two years, Rowan created a School of Biomedical Sciences; opened the Camden-based Cooper Medical School of Rowan University; and incorporated the School of Osteopathic Medicine and the Graduate School of Biomedical Sciences, making Rowan only the second university in the nation to grant both M.D. and D.O. medical degrees. Rowan also is slated to collaborate with Rutgers-Camden to create new degree programs related to the growth of medical services needed in the future. Recently designated by the State as only the second comprehensive public research institution in New Jersey, Rowan plans to increase sponsored research to $100 million per year.