Rutgers Researchers Set Out to Prove Evolution of All Life, Possibility of Extraterrestrial Life

From simple proteins to living cells, NASA-funded research at Rutgers tests theories on the origins of life

Rutgers Researchers Set Out to Prove Evolution of All Life, Possibility of Extraterrestrial Life

From simple proteins to living cells, NASA-funded research at Rutgers tests theories on the origins of life

Newswise — New Brunswick, N.J. (Nov. 7, 2019) – Using a computer and a protein synthesizer, Josh Mancini builds proteins that are supposed to resemble those that would have existed 4 billion years ago, before life arose on Earth.

He places millions of the tiny protein molecules, resembling white powder, into an oxygen-free chamber that mimics the conditions of the primordial Earth. He adds nickel – an element these pre-life proteins might have bonded with for catalysis to occur. And he tests to see if a similar reaction takes place in his chamber at Rutgers University–New Brunswick’s Department of Marine Science and at the Center for Advanced Biotechnology and Medicine Building.

If it does, that will mean Rutgers’ NASA-funded ENIGMA team has taken a step closer to understanding how life arose on earth, and the likelihood of it happening elsewhere.

ENIGMA is part of NASA’s focus on astrobiology – the study of whether extraterrestrial life exists, and whether we can find it. The Rutgers program focuses on a key astrobiological question: How did proteins emerge from the chemistry of the early Earth, and then evolve to become the basis of life itself?

Mancini, a postdoctoral researcher, serves on an ENGIMA research team along with Saroj Poudel, another postdoc, and biophysics doctoral candidate Douglas Pike. Poudel and Pike create computer models of theoretical ancient proteins by modeling the physics and chemistry of the ancient Earth and by looking at the proteins present in living things and reverse-engineering their long-lost ancestral forms. Mancini utilizes a hybrid of both approaches and together they take their computational designs and go into the lab to test them for activity in early Earth conditions.

A key function of early proteins would have been to move electrons from one place to another – usually by binding with a conductive metal like nickel or iron. That’s how they power all life, from bacteria to plants to us.

“Humans get their energy from the sugars in the foods we eat. Proteins in our cells take electrons from sugar, then bind it to the oxygen we breathe in and eventually to the carbon dioxide we breathe out,” Pike said. “Whether it is a microorganism or a plant, all creatures on Earth had to find a source of electrons and a place to put them. Present day, that place is oxygen, which we breathe in.” said Pike.   “What we are trying to figure out is the alternative places electrons could go in the absence of oxygen, before 'life' arose billions of years ago.”

Since there was no oxygen in ancient Earth, there were only a few ways in which organisms could get energy in such hostile environment.

“It was most likely either through hydrogen from hydrothermal vents or light energy from the sun. Our goal is to take early evolving enzymes and see how they could evolve into something more complex that we know exists today. That will help us determine how we could have evolved here on Earth, and what is possible on other planets,” Poudel said.

In addition to their lab experiments, the three researchers have also embarked on a challenging, but rewarding part of working with ENIGMA -- getting kids to like astrobiology.

“We go into classrooms and help teach the fundamentals of astrobiology to kindergarten through 12th grade students in the New Brunswick area. Sometimes we’re looking at organisms via foldable paper microscopes or we’re showing them a replica of a protein. We want them to get excited about science,” Poudel said. “We predict that astrobiology is going to be one of the biggest fields of science, and we want to prepare kids for potential careers in the future.” 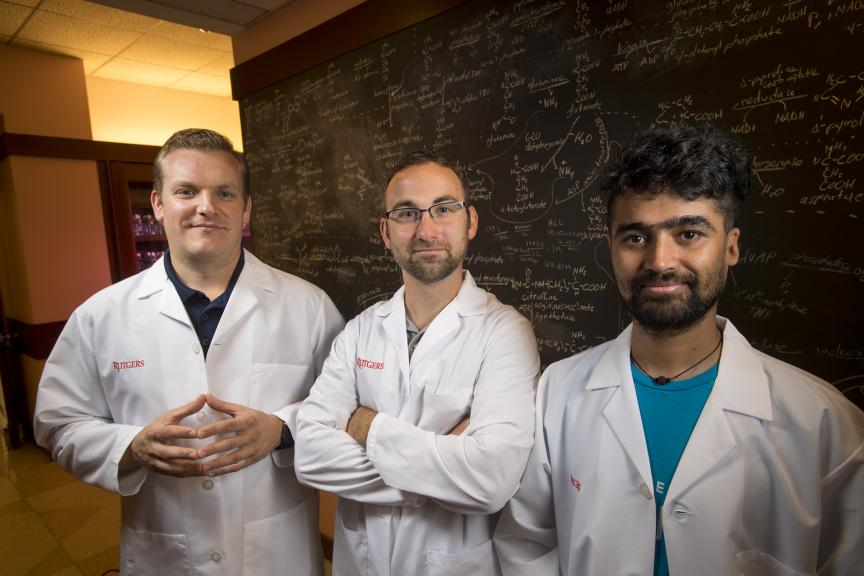 Caption: Biophysics doctoral candidate Douglas Pike, along with postdocs Josh Mancini and Saroj Poudel, are replicating proteins from billions of years ago in an oxygen-free chamber that mimics the conditions of ancient Earth, moving one step closer to proving the origins of life. 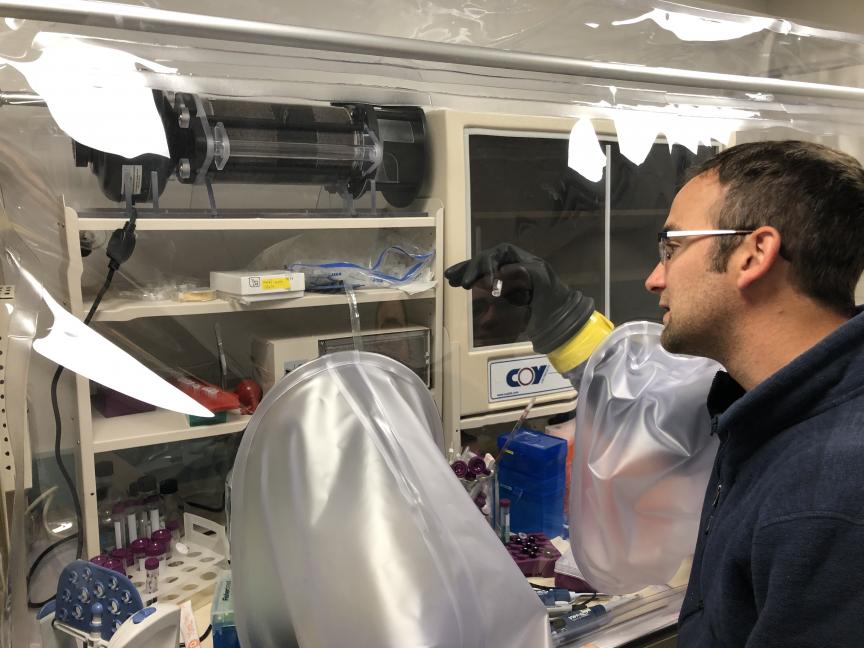 Caption: Postdoctoral researcher Josh Mancini adds nickel to proteins inside of an oxygen-free chamber that mimics the conditions of primordial Earth. 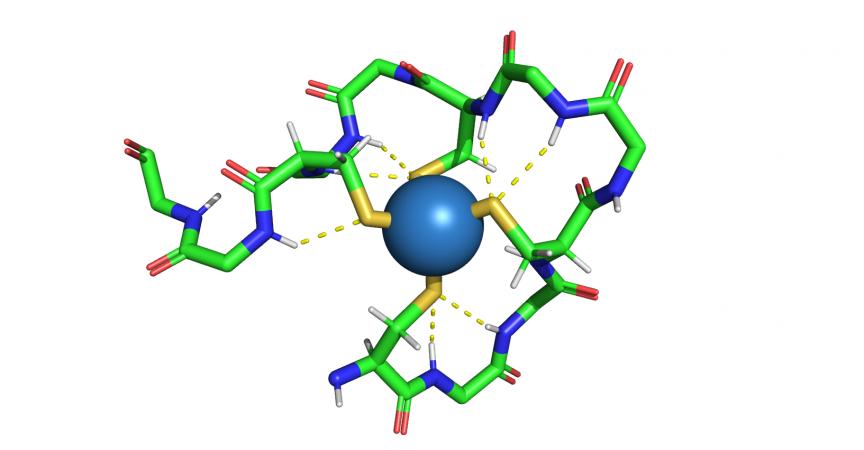 Caption: Douglas Pike creates a computer model of an ancient protein, or nanomachine, before going to the lab to test out his theories on how it could have evolved.

Caption: Douglas Pike creates a computer model of an ancient protein, or nanomachine, before going to the lab to test out his theories on how it could have evolved.