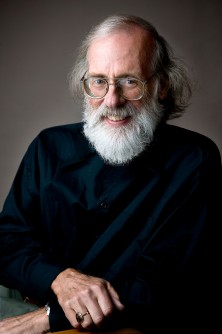 Newswise — LA JOLLA-Salk Institute professor Tony Hunter has been awarded the 2014 Royal Medal for biological sciences by the Royal Society, a fellowship of some of the world's most eminent scientists based in the United Kingdom. The award recognizes Hunter, director of Salk's NCI-designated Cancer Center, for his significant contributions to the understanding of the chemical signaling that tells cells when to multiply. Signaling networks inside cells are involved in almost every aspect of normal cell development, and mutations that perturb these networks often lead to cancer. Hunter discovered a master "switch" for this growth signaling that ultimately led to the development of a number of new cancer drugs. "Tony Hunter's discoveries have changed the landscape for the treatment of cancer and other related diseases and underscores the importance of basic science," says William Brody, president of the Salk Institute. "All of us at the Salk Institute are thrilled that the Royal Society is recognizing Dr. Hunter's groundbreaking discoveries with the award of the Royal Medal." Each year, the Royal Society, which was founded in 1660 and is the oldest scientific academy in continuous existence, awards three Royal Medals for the most important contributions in the physical, biological and applied sciences. The medal will be presented at the society's Anniversary Day meeting on December 1. "I am delighted to have been selected to receive the 2014 Royal Medal of the Royal Society of London, and I am extremely honored to join the scientific luminaries who make up the list of past biological sciences medal winners," says Hunter, who is also an American Cancer Society professor and the holder of Salk's Renato Dulbecco Chair. "It is a particular pleasure to join my friend and colleague Tim Hunt as a Royal Medal winner, since we worked together as graduate students under Asher Korner in the late 1960s." Hunter, a fellow of the Royal Society and a member of the National Academy of Sciences, studies how mutations in genes that control growth lead to the unchecked proliferation of cancer cells. In 1979, his lab uncovered an entirely new mechanism of protein regulation in cells by discovering that the addition of a phosphate group to the amino acid tyrosine in proteins affects how cells multiply. This seminal discovery of a cellular "master switch" opened the door to the study of the dozens of proteins that act as enzymes to add the phosphate to tyrosine--known as tyrosine kinases--and their important role in cancer and other human diseases. This knowledge has resulted in the development of new cancer treatments, such as Gleevec for leukemia. The Royal Society is a self-governing fellowship of many of the world's most distinguished scientists, drawn from all areas of science, engineering and medicine. Its fundamental purpose is to recognize, promote and support excellence in science and to encourage the development and use of science for the benefit of humanity. It has played a part in some of the most fundamental, significant and life-changing discoveries in scientific history, and Royal Society scientists continue to make outstanding contributions to science in many research areas. About the Salk Institute for Biological Studies:The Salk Institute for Biological Studies is one of the world's preeminent basic research institutions, where internationally renowned faculty probes fundamental life science questions in a unique, collaborative and creative environment. Focused both on discovery and on mentoring future generations of researchers, Salk scientists make groundbreaking contributions to our understanding of cancer, aging, Alzheimer's, diabetes and infectious diseases by studying neuroscience, genetics, cell and plant biology, and related disciplines. Faculty achievements have been recognized with numerous honors, including Nobel Prizes and memberships in the National Academy of Sciences. Founded in 1960 by polio vaccine pioneer Jonas Salk, MD, the Institute is an independent nonprofit organization and architectural landmark.