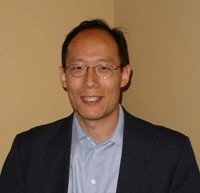 Newswise — Virginia Tech shooter Cho Seung-Hui " a brooding Korean American student who spoke in whispers and never removed his sunglasses " is an extreme example of a common problem. In part because cultural barriers make Asian Americans less likely to seek help for emotional problems than whites, mental health care often fails to reach them says a panel of experts at Alliant International University.

"The small amount of research that has been done on Asian and Pacific Islander Americans shows that they don't use mental health services, and when they do, they often stop treatment before solving their problems," said Dr. Tai Chang of the California School of Professional Psychology (CSPP) at Alliant International University. The Virginia Tech student, who killed 32 students and faculty last April, had been involuntarily committed in 2005, but was never actually treated. Despite the fact that others considered him a danger, he told the clinic he was not having mental difficulties.

"Even when Asian-Americans do seek therapy," commented Chang, "they are less likely than European Americans to reveal their problems, and there are cultural reasons for this: Asian cultures stress 'saving face' and relying on family rather than outsiders. While there are many differences between Chinese, Japanese, Koreans and other Asians, there are important similarities too. There's a stigma associated with personal problems and Asians also hold beliefs that associate health with the environment, and they equate the physical with the emotional and spiritual." Dr. Chang, an Assistant Professor in CSPP at Alliant, is the on-site chair of the Asian American Psychological Association (AAPA) Conference, which is taking place on Alliant's San Francisco Campus August 16 and 17.

While little research explores the role that culture plays in keeping Asian Americans from seeking emotional help, panelists cited studies that point to other factors that also deter use of mainstream mental health services. These include a lack of accessible and affordable services, a lack of staff who speak the same language and are from the patient's ethnic background and a lack of knowledge about available services. (Loo, Tong, & True, 1989; Sue et al., 1991; Yamashiro & Matsuoka, 1997; Ying & Miller, 1992)

The US Surgeon General states that Asian Americans and Pacific Islanders have "extremely low utilization of mental health services relative to other US populations," with 1 out of 2 having difficulty accessing mental health treatment because of language needs. The National Latino and Asian American Study (NLAAS), a study principally funded by the National Institute of Mental Health, found that Asian Americans are unlikely to seek help for mental illness from any source, and when they do, they report low levels of satisfaction. The NLAAS also found that "among Asian Americans and Pacific Islanders who do use services, severity of disturbance tends to be high," perhaps because they "delay seeking treatment until symptoms reach crisis proportion."

The Asian American mental health experts on Thursday's panel were in San Francisco for both the AAPA conference and the annual conference of the American Psychological Association (APA). Alliant faculty and students are scheduled to make 70 presentations at APA, including sessions on:

Asian Americans comprise nearly one-third of San Francisco's population and 4% of the US population, over 11 million people. The Asian American/Pacific Islander (AA/PI) category is diverse, with about 43 different ethnic subgroups. While the majority of them were born outside of the US, a large proportion of Chinese and Japanese Americans are fourth- and fifth-generation Americans. AA/PIs speak over 100 languages and dialects. About 35% live in households where there is limited English proficiency in those over age 13: 61% of Hmong-, 56% of Cambodian-, 52% of Laotian-, 44% of Vietnamese-, 41% of Korean-, and 40% of Chinese-American households are in this category.

Since the mid-1960s, the AA/PI population has grown rapidly, with high rates of immigration from China, India, the Philippines, Korea, Vietnam, and Southeast Asia. The AA/PI population in the US is expected to double in the next 25 years.

CSPP was established by a group of practicing psychologists affiliated with the California Psychological Association. They felt that a new form of professional psychology training was necessary because university-based education in psychology, with a heavy emphasis on research, did not provide students with adequate clinical skills. Now, over 30 schools of professional psychology are built on the CSPP model. CSPP is widely regarded as one of the tops programs for advanced degrees in psychology in the United States and it counts a large proportion of licensed psychologists in California among its alumni.