6-Mar-2017 11:05 AM EST, by University of Arkansas for Medical Sciences
favorite_border 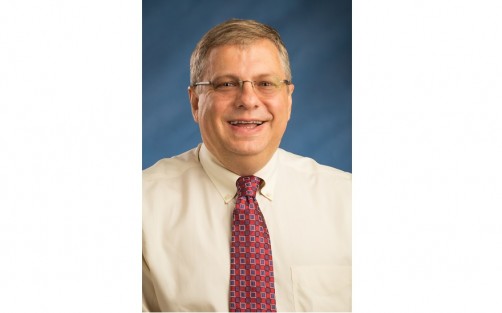 Steve Schexnayder, M.D., has been appointed to an international committee that sets pediatric resuscitation guidelines used throughout the world.

Newswise — March 2, 2017 | Steve Schexnayder, M.D., has been appointed to the International Liaison Committee on Resuscitation (ILCOR) Pediatric Task Force, which reviews the latest science to develop pediatric resuscitation guidelines used throughout the world.

The task force is made up of 17 pediatric resuscitation experts from North America, Central and South America, Europe, Australia/New Zealand and Asia. It includes four representatives from the United States.

“The task force brings together the leading experts from all over the world to review the latest science on resuscitation,” Schexnayder said. “I am honored to be part of a process that helps ensure that health professionals across the world have access to the latest information and highest standards of care, which translates to better care for patients.”

Previously, Schexnayder served as the national chairman of the American Heart Association (AHA) Pediatric Life Support Committee from 2003-2005 and has been a scientific consultant to the AHA since for development of resuscitation educational products. He had a first-hand role in writing the most recent AHA pediatric resuscitation guidelines, which were released in December 2015, as well as the 2005 and 2010 AHA Guidelines. He has served as an editor for the Pediatric Advanced Life Support (PALS) course since 2002, which is taught to more than 500,000 health care providers across the globe. He served as lead developer for the AHA’s Pediatric Emergency Assessment, Recognition, and Stabilization (PEARS) course that was based on innovative resuscitation education for UAMS medical students.

“Steve’s national and international work and reputation with the American Heart Association on resuscitation is well established. We have celebrated his leadership role in guideline development, his high impact recommendations and publications. This latest appointment to an ILCOR task force recognizes his tremendous contributions and his international stature and reputation. He continues to bring honor to the Department of Pediatrics, UAMS and ACH,” said Richard F. Jacobs, M.D., the Robert H. Fiser Jr., M.D., Endowed Chair in Pediatrics and professor in the Department of Pediatrics in the UAMS College of Medicine.

The appointment is for three years. The task force will hold monthly teleconference and online meetings and periodic in-person conferences.

Schexnayder earned his medical degree from UAMS. He completed a residency in pediatrics and internal medicine and a fellowship in pediatric critical care medicine, both at UAMS.

ILCOR was formed in 1992 to provide a forum for resuscitation organizations from across the world. ILCOR meets twice annually in locations that alternate between the United States and other global venues. In collaboration with AHA, ILCOR produced the first International CPR Guidelines in 2000 and an International Consensus on CPR and ECC Science with Treatment Recommendations in 2005.

UAMS is the state’s only comprehensive academic health center, with colleges of Medicine, Nursing, Pharmacy, Health Professions and Public Health; a graduate school; a hospital; a northwest Arkansas regional campus; a statewide network of regional centers; and seven institutes: the Winthrop P. Rockefeller Cancer Institute, the Jackson T. Stephens Spine & Neurosciences Institute, the Myeloma Institute, the Harvey & Bernice Jones Eye Institute, the Psychiatric Research Institute, the Donald W. Reynolds Institute on Aging and the Translational Research Institute. It is the only adult Level 1 trauma center in the state. UAMS has 3,021 students, 789 medical residents and five dental residents. It is the state’s largest public employer with more than 10,000 employees, including about 1,000 physicians and other professionals who provide care to patients at UAMS, Arkansas Children’s Hospital, the VA Medical Center and UAMS regional centers throughout the state. Visit www.uams.edu or www.uamshealth.com. Find us on Facebook, Twitter, YouTube or Instagram.