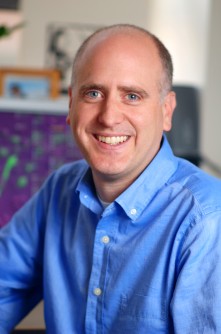 Newswise — BOSTON—A type of low-grade but sometimes lethal brain tumor in children has been found in many cases to contain an unusual mutation that may help to classify, diagnose and guide the treatment of the tumors, report scientists at Dana-Farber Cancer Institute.

The researchers led a study of pediatric low-grade gliomas, samples of which were collected through an international consortium organized by brain tumor specialists at Dana-Farber/Children’s Hospital Cancer Center. Their findings are being published online by the Proceedings of the National Academy of Sciences (PNAS) the week of April 29.

Low-grade gliomas are the most common type of pediatric brain tumors, diagnosed in about 1,000 young patients annually in the United States. There are about 30 distinct types of these tumors, which arise from specialized cells called glia in the brain. Low-grade gliomas are generally slow-growing, said Keith Ligon, MD, PhD, a senior author of the study, but they behave unpredictably and can be life-threatening. The investigators focused on diffuse low-grade gliomas, so-called because they lack a tumor mass but spread throughout the brain. As a result, diffuse gliomas often recur after surgery and are more likely to evolve into lethal glioblastomas than are non-diffuse low-grade tumors. “Many of these patients do well, but it’s hard to generalize as the tumors are difficult to diagnose and study because without better tools pathologists can’t name them consistently,” explained Ligon, who in addition to being a researcher is also a neuropathologist. The research was undertaken in hopes of identifying a common genetic alteration that could be used to better define and design treatments for them.

The researchers analyzed DNA from 45 tissue samples collected from seven institutions in collaboration with Rameen Beroukhim, MD, PhD, a Dana-Farber genome biologist and co- senior author of the study. They looked for mutations caused by extra or missing copies of DNA code in the tumor genomes.

One alteration stood out: a gene called MYBL1, a transcription factor important for controlling other genes, was rearranged and missing a part of its genetic message in nearly 30 percent of the diffuse tumors categorized as grade 2 in terms of aggressiveness. The scientists went on to show that the mutated version of MYBL1 can cause tumors in mice. Previously MYBL1 was not known to cause cancer, but a closely related gene, MYB, is one of the oldest “proto-oncogenes” – a normal gene that can become a cancer-causing gene.

“The creation of these truncated genes, reminiscent in structure of the viral oncogene, is a potential driver for this type of tumor,” said Lori Ramkissoon, PhD, co-first author along with Peleg Horowitz, MD, PhD, a neurosurgery resident, both of Dana-Farber. “It gives us something to follow up on and investigate the function of this gene. It may lead to a specific test for diagnosing these tumors, and we will also try to determine whether patients who have this mutation do better or worse than those lacking the mutation.”