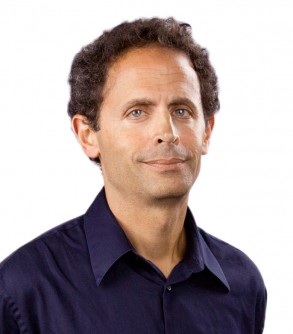 Ben Cravatt, a professor and the Gilula Chair of Chemical Biology at Scripps Research.

The prestigious award, given to only a handful of scientists each year who have demonstrated particular promise and innovation in cancer research, will support the Cravatt laboratory with $7.8 million over seven years.

“Having such a generous amount of funds for such an extended period is a huge opportunity and a huge relief, because it allows us to focus on the science—it’s a transformative opportunity for our resesearch group,” says Cravatt, a professor and the Gilula Chair of Chemical Biology at Scripps Research.

The NCI set up the Outstanding Investigator Award program in 2014 “to provide long-term support to accomplished investigators with outstanding records of cancer research productivity who propose to conduct exceptional research.”

Cravatt and his laboratory in recent years have developed powerful enabling technologies for the discovery of new drugs against cancers and other diseases, including drugs that effectively couldn’t have been discovered by traditional methods.

Most drugs are made of small organic molecules, and they work by binding to a specific protein involved in a disease and inhibiting or otherwise altering its activity. As straightforward as that may seem, many human proteins, including those linked to cancers and other diseases, have been thought to lack the structural and chemical features needed to be targeted successfully by small-molecule drugs. In pharma chemists’ parlance, such proteins have been considered “undruggable.” Cravatt’s technologies have revealed many of them to be druggable after all.

In two landmark studies published in Nature in 2016 and in Cell in 2017, Cravatt and colleagues showed that they could use small sets of molecular probes, combined with sophisticated chemical proteomics methods, to identify potential drug binding sites on hundreds of human proteins from protein classes that had been thought undruggable. The approach was novel not just for its expansion of protein druggability, but for its efficiency and naturalness—the probes could be applied to living cells, providing information about potential binding sites on thousands of proteins all at once and in their native setting.

“With the traditional drug discovery approach, we would express the protein of interest, purify it, develop an assay specific to it—and all that presents a barrier to investigation for proteins that are poorly characterized or parts of large complexes, leaving many such proteins unexplored,” Cravatt says. “With this new approach we can run one experiment to get a readout on the druggability of thousands of proteins at a time. And in principle, because we can do this on proteins in their native cellular environment, we can discover drug-protein interactions that we’d miss if we just purified the proteins in a test tube.”

In the two studies, Cravatt’s team showed that their approach could enable the swift discovery and development of small-molecule binding partners, or ligands, for proteins that had previously lacked any. They used such ligands to study, for example, the mysterious protein enzymes caspase-8 and -10, which have been linked to neurodegeneration and other conditions, and the protein receptor PGRMC2, which, they discovered, can switch on the differentiation of fat cells.

Cravatt’s chemical proteomics approach has application across the entire landscape of small-molecule ligand discovery, and in many cases such ligands could be developed further into candidate drugs. But a particular interest of the Cravatt laboratory—funded by ordinary NCI grants for nearly 20 years—is the development of ligands to study and treat cancers.

“There are many proteins that have been genetically linked to cancers but have not been targeted with therapies because they are considered difficult to drug by traditional mechanisms,” Cravatt says.

In a study published in Cell in late 2017, for example, the team used their new ligand-discovery platform to identify druggable sites on proteins that are preferentially expressed in a common form of lung cancer. They zeroed in on one such protein, NR0B1, quickly developed small-molecule inhibitors for it, and showed that these could impair the growth of lung cancer cells.

The new NCI award will incorporate Cravatt’s existing lines of NCI funding and extend them to support this and other cancer-related projects, principally for the discovery of ligands and potential drugs against known but “undruggable” cancer proteins.

“The NCI expects big things from us, and we embrace that challenge,” Cravatt says.