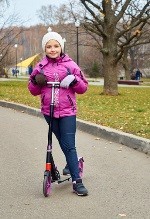 Newswise — Physical activity is important for children’s health and development, but many do not get enough. Understanding how children’s activity levels change between seasons can help direct activity promotion to when it matters most. This study used a waist-worn monitor to measure the physical activity of 704 seven-year-old children in the spring, summer, autumn and winter of one calendar year. The University of Cambridge investigators found that, overall, children were least active during winter and most active during the spring and summer. Boys’ activity levels changed more than girls’ throughout the year, but remained higher than girls at all times. Seasonal differences in children’s activity were greater on weekend days than during the week. Weekday activity was greater than weekend activity during the winter, but lower during spring/summer. The authors suggest that children might benefit most from efforts to promote activity at the weekend during the autumn and winter.