Self-driving cars were predicted to be "right around the corner." What happened? 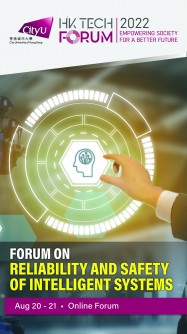 HK Tech Forum on Reliability and Safety of Intelligent Systems

Our HK Tech Forum on Reliability and Safety of Intelligent Systems is organized to provide a platform to discuss some of the important and challenging issues of complex systems that incorporate various kinds of artificial intelligence. Several leading experts, including Turing Award recipient and academicians, will give presentation on various aspects of reliability and safety of intelligent systems, and other invited speakers including some young and active researchers will present their research findings and results. The forum will be followed by an international conference on reliability, maintainability and safety, organized by City University of Hong Kong and sponsored by IEEE Reliability Society. More information can be found from www.ICRMS2022.org

Presentation title: Why is it so hard to make self-driving cars?

Why is self-driving so hard? Despite the enthusiastic involvement of big technological companies and the massive investment of many billions of dollars, all the optimistic predictions about self-driving cars “being around the corner” went utterly wrong.

I argue that these difficulties emblematically illustrate the challenges raised by the vision for trustworthy autonomous systems. These are critical systems intended to replace human operators in complex organizations, very different from other intelligent systems such as game-playing robots or intelligent personal assistants.

I conclude that building trustworthy autonomous systems goes far beyond the current AI vision. To reach this vision, we need a new scientific foundation enriching and extending traditional systems engineering with data-based techniques.