A champion of civil and human rights and a talented writer and storyteller, Mixner has been at the forefront of social progress his whole life. 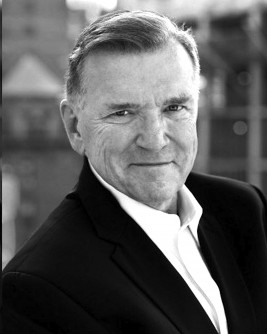 David Mixner, author of the memoir Stranger Among Friends.

Newswise — CHESTERTOWN, MD — Social activist, writer and storyteller David Mixner will receive an honorary degree and address the Class of 2015 at Washington College’s 232nd Commencement on Saturday, May 16.

Mixner has spent a lifetime in the forefront of American politics and international human rights, championing LGBT equality, wildlife conservation and progressive political causes. While still a college student on the campuses of Arizona State and University of Maryland, the New Jersey native was already organizing protests on behalf of Latino garbage collectors and against apartheid rule in South Africa and the war in Vietnam. He has been jailed more than a dozen times while advocating for his personal beliefs, most famously in 1993 when he chained himself to the fence outside the White House to protest his friend Bill Clinton’s “Don’t Ask, Don’t Tell” policy for gays in the military.

Once described by Newsweek as “the most powerful gay man in America,” Mixner played instrumental roles as manager, fundraiser and strategist on numerous political campaigns, most notably those of Bill Clinton, Gary Hart and Jerry Brown. He has been an unofficial advisor to elected officials and business leaders on domestic and foreign policy for decades and has raised more than $60 million in charitable and political contributions.

Beyond the campaign and fundraising trail, Mixner has built a career as a prolific writer and memoirist, contributing to major publications and penning books, screenplays and scripts. His 1996 memoir Stranger Among Friends detailed the emotional and political impact of his coming out to family, friends and colleagues at age 30. The New York Times Book Review praised it as “an intelligent and challenging biography of contemporary America.”

Brave Journeys: Profiles in Gay and Lesbian Courage (Bantam Books, 2000), which he co-wrote with Dennis Bailey, rose to the top of the Los Angeles Times bestseller list. His second memoir, At Home with Myself, chronicled his three years living in the small town of Turkey Hollow in upstate New York. For screen and stage, Mixner served as executive producer of the documentary House on Fire, about the impact of the HIV/AIDS in the African-American community, and co-wrote two history-based WWII dramas: “Dunes of Overveen,” a screenplay about Dutch artists who resisted the Nazis, is now in pre-production, and the play Jacob’s Ladder, about a controversial plan to bomb Nazi concentration camps, premiered in Austin, Texas in late March 2015. In addition, he has starred in two autobiographical one-man shows to raise funds for LGBT causes—“From the Front Porch” in 2011 and the sold-out “Oh, Hell No!” staged last fall.

This is David Mixner’s second visit to Washington College. He came to campus to speak in October as a guest of the C.V. Starr Center. At Commencement, he will receive an honorary doctorate in public service.

Also scheduled to be honored is Jordanian historian Raouf Sa’d Abujaber, who will receive an honorary Doctor of Letters degree. A leading figure in the Christian Arab community, Abujaber is an expert on Transjordan, as Jordan was called when it was a British protectorate, and has written extensively about Ottoman history. He is the author of 12 books, most recently Arab Christianity and Jerusalem, and has published more than 100 articles in Arabic and English. Through his involvement in his family’s business enterprises, which range from farming and brewing to real estate development and insurance, he has been intimately involved in Jordanian commerce and industry. He has served on numerous educational, philanthropic and business boards and was named by King Hussein to the prestigious Independence Order of Jordan. He also served 35 years as Honorary Consul General of the Netherlands in Jordan. A 1946 graduate of American University in Beirut, he earned his doctorate in Modern History from St. Antony’s College, Oxford, in 1987.

Commencement will begin at 10:30 a.m. In good weather, it will take place on the Campus Lawn and is open to the public. In case of inclement weather, it will be moved indoors to the Johnson Fitness Center and will be a ticketed event. For more information visit www.washcoll.edu.