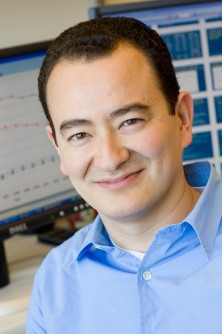 Christopher I. Li, M.D., Ph.D., is a member of the Public Health Sciences Division at Fred Hutchinson Cancer Research Center in Seattle.

Newswise — SEATTLE – The first large-scale U.S.-based study to evaluate the link between an injectable form of progestin-only birth control and breast cancer risk in young women has found that recent use of a year or more doubles the risk. The results of the study, led by breast cancer epidemiologist Christopher I. Li, M.D., Ph.D., of Fred Hutchinson Cancer Research Center, are published online ahead of the April 15 print issue of Cancer Research.

While the contraceptive, called depo-medroxyprogesterone acetate, or DMPA, contains the same kind of progestin as the menopausal hormone-therapy regimen found by a Women’s Health Initiative clinical trial to increase breast cancer risk among postmenopausal women, few studies have evaluated the link between DMPA use and breast cancer risk in younger women.

“While DMPA is widely used by women throughout the world, there are limited data on the association between DMPA and breast cancer incidence,” said Li, a member of the Hutchinson Center’s Public Health Sciences Division. “Our study adds to the body of knowledge from international studies conducted in a diverse group of countries – Kenya, New Zealand, Thailand, Mexico and Costa Rica – which have shown that one of the risks associated with DMPA use may be an increased risk of breast cancer,” he said.

Li and his Hutchinson Center colleagues found that recent DMPA use (within five years) for 12 months or longer was associated with a 2.2-fold increased risk of invasive breast cancer. This risk appeared to dissipate within months after contraceptive use was discontinued. The researchers also found that women who used the contraceptive for less than a year or who had stopped using it more than a year earlier did not have an increased risk of breast cancer.

“Although breast cancer is rare among young women and the elevated risk of breast cancer associated with DMPA appears to dissipate after discontinuation of use, our findings emphasize the importance of identifying the potential risks associated with specific forms of contraceptives given the number of available alternatives,” the authors wrote.

The study involved 1,028 Seattle-area women ages 20 to 44 who had been diagnosed with breast cancer and, for comparison purposes, 919 age-matched controls who did not have a history of breast cancer. Of these, about 10 percent reported using DMPA, which is consistent with usage patterns nationwide, Li said. Use of the injectable contraceptive was about 5 percent higher among non-white women in the study.

“In the United States many women have numerous options for contraception, and so it is important to balance their risks and benefits when making contraceptive choices,” Li said.The National Cancer Institute and the Department of Defense Breast Cancer Research Program funded the research.

Note for media only: To obtain a copy of the Cancer Research paper, “Effect of depo-medroxyprogesterone acetate on breast cancer risk among women 20-44 years of age,” or to arrange an interview with Li, please contact Kristen Woodward in Hutchinson Center media relations, kwoodwar@fhcrc.org or 206-667-5095.

At Fred Hutchinson Cancer Research Center, our interdisciplinary teams of world-renowned scientists and humanitarians work together to prevent, diagnose and treat cancer, HIV/AIDS and other diseases. Our researchers, including three Nobel laureates, bring a relentless pursuit and passion for health, knowledge and hope to their work and to the world. For more information, please visit www.fhcrc.org.