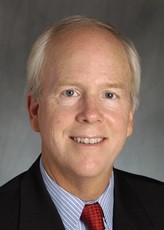 Newswise — People with fragile X syndrome, as well as those who carry the gene, are likely to have additional conditions that include attention problems and anxiety, according to a study by researchers at RTI International.

The study, published in the Aug. 15 issue of American Journal of Medical Genetics, surveyed more than 1,000 parents of children who either had fragile X syndrome, the most common inherited cause of intellectual disability, or were a carrier of the disease.

In this first large-scale assessment of conditions associated with fragile X syndrome, researchers found that most boys and many girls with the syndrome experience attention problems, anxiety and hyperactivity, in addition to developmental delay, 85 percent of males and 44 percent of females experienced two or more additional conditions.

Additionally, the study showed that carriers, those who have the altered gene but generally do not show signs of the disease, also had an increased prevalence of co-occurring conditions. Boys who carried the gene were more likely than typical children to have been diagnosed or treated for developmental delay, attention problems, aggression, seizures, autism, and anxiety.

Girls who carried the gene were more likely than typical children to have been diagnosed or treated for attention problems, anxiety, depression, and developmental delay.

"This study provides new insights into what it means to be a carrier of fragile X syndrome," said Don Bailey, Ph.D., a Distinguished Fellow at RTI and director of the project that produced this research. "Obviously carriers who are parents experience many challenges in raising a child with fragile X. This study suggests the possibility that carriers of fragile X may also have a higher biological susceptibility to things like anxiety or attention problems."

The number of co-occurring conditions children experienced was strongly associated with parent reports of the child's ability to learn, adaptability and quality of life. The findings suggest that clinicians should be sure to assess both carriers and individuals affected by fragile X to determine whether they have any of these co-occurring conditions so that they can be treated.

Fragile X syndrome is caused by the disruption of a single gene that leads to a protein needed for normal brain development. Changes in the gene are passed down from one generation to the next, usually silently in individuals who are not aware that they carry the disrupted gene. In each generation, the risk for having an affected child increases.

The study was funded by a grant from the Centers for Disease Control & Prevention.

About RTI International:RTI International is one of the world's leading research institutes, dedicated to improving the human condition by turning knowledge into practice. Our more than 3,800 professionals provide research and technical services to governments and businesses in more than 40 countries in the areas of health and pharmaceuticals, education and training, surveys and statistics, advanced technology, international development, economic and social policy, energy, and the environment. For more information, visit http://www.rti.org.