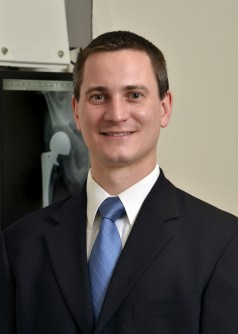 Newswise — Patients considering hip replacement surgery would do well to wait three months if they've had a steroid injection to relieve hip pain, according to a study by Hospital for Special Surgery (HSS) researchers.

"The risk of developing an infection after surgery increased significantly in patients who had a hip replacement within three months of receiving a steroid injection," said William Schairer, MD, lead study author. "However, in patients who had a steroid injection and then waited three months or longer to have the surgery, there was no increased risk at all."

Researchers reviewed thousands of patient records in California and Florida databases for their study, which was presented at the annual meeting of the American Academy of Orthopaedic Surgeons (AAOS) on March 2, in Orlando, Florida.

An injection of a steroid into the hip joint is a common treatment to relieve pain and inflammation in patients with arthritis. This the first large population study to provide strong evidence of an increased risk of surgical site infection in patients who have hip replacement 12 weeks or sooner after the injection, according to the researchers. They note that the immune system is weakened by corticosteroids, and this may contribute to the higher infection risk.

"Hip replacement is a common and safe procedure that relieves pain and improves quality of life, and overall, the risk of developing a joint infection is low," said Seth Jerabek, MD, an orthopedic surgeon at Hospital for Special Surgery and senior study author. "Although the risk is low, an infection is one of the most dreaded complications of joint replacement. Patients often need to undergo additional surgery, receive intravenous antibiotic treatment, and are off their feet during a lengthy recovery. "

For their study, investigators looked at the Statewide Ambulatory Surgery and Inpatient Databases for Florida and California from 2005-2012, which included more than 177,000 patients who had hip replacement surgery for osteoarthritis. Researchers narrowed down the list to those who had received steroid injections prior to surgery and reviewed follow-up records to determine which of those patients developed a surgical-site infection within one year of hip replacement.

The infection rate was 2.06% in non-injection patients and jumped to 2.81% in those who had the surgery from 0-3 months after an injection, representing an increased risk of 40 percent. There was no statistically significant increase in infection risk in patients who had hip replacement from 3 - 12 months after the injection.

"Based on study findings, we recommend that elective hip replacement surgery be deferred for at least three months from an injection to avoid the elevated risk of infection," said Dr. Jerabek. "However, in some cases, such as patients who are still in a great deal of pain after the injection, it may not be feasible to wait. This is something the patient and doctor should discuss to determine what will provide the most benefit and least risk to the patient."