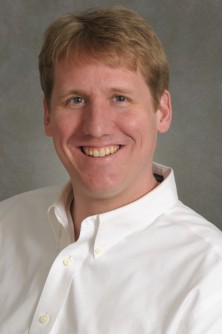 Newswise — STONY BROOK, N.Y., April 5, 2012 – An analysis of a nationally representative sample of 710 adult respondents reveals that the public is less willing to pay to avoid mental illnesses compared to paying for treatment of medical conditions. The study, led by Dylan M. Smith, Ph.D., of Stony Brook University School of Medicine, also found that participants recognized mental illnesses as burdensome, in fact more burdensome than some general medical illnesses, yet were willing to pay 40 percent less than what they would pay to avoid medical illnesses. The research results are published in the April issue of Psychiatric Services.

The study respondents were recruited from an internet panel managed by Knowledge Networks, a U.S. survey research firm that maintains a panel of more than 60,000 households that are a representative sample of adults age 21 and over. The respondents were presented with five health conditions. These included three medical illnesses or conditions (diabetes, below-the-knee amputation, and partial blindness), and two mental illnesses (depression and schizophrenia). Participants rated each health condition for severity and level of burden in relation to quality of life. Then they indicated how much they would pay, out of pocket, to avoid the condition.

“Our results showed that participants understood that mental illness clearly has a very negative impact on quality of life yet were significantly not as willing to pay for effective treatments for these illnesses,” says Dr. Smith, Lead Author of “What’s it Worth? Public Willingness to Pay to Avoid Mental Illnesses Compared with General Medical Illnesses,” and Associate Professor of Preventive Medicine in Stony Brook’s Center for Medical Humanities, Compassionate Care, and Bioethics.

“All else equal, the general public doesn’t think it is as valuable to treat mental illness as other types of illness,” says Senior Author Peter Ubel, M.D., of Duke University. “There is a fundamental disconnect between how bad they think it would be to experience depression and their willingness to spend money to rid themselves of the illness.”

Respondents generally considered the medical illnesses or conditions as less severe in comparison to the mental illnesses. Yet, when respondents were asked to rate the “burdensomeness” of each condition, schizophrenia received the highest mean burden score, but it did not have the highest willingness-to-pay value. Similarly, despite a relatively high “burdensomeness” rating, depression received the lowest median willingness-to-pay value.

They also point out that “public attitudes influence how much payers for health care are willing to spend to treat mental illness and how likely federal agencies are to invest in research on mental illness.”

The researchers conclude that a priority for additional investigation should be to “explore the deeper underlying attitudes that reduce people’s willingness to spend money to avoid mental illness.”

Their research was supported by a grant from the National Institute of Child Health and Development.

About Stony Brook School of Medicine:Established in 1971, the Stony Brook School of Medicine includes 25 academic departments. The three missions of the School are to advance the understanding of the origins of human health and disease, train the next generation of committed, curious and highly capable physicians, and deliver word-class compassionate healthcare. As a member of the Association of American Medical Colleges (AAMC) and a Liaison Committee on Medical Education (LCME) accredited medical school, Stony Brook is one of the foremost institutes of higher medical education in the country. Each year the School trains nearly 500 medical students and over 480 medical residents and fellows. Faculty research includes National Institutes of Health-sponsored programs in neurological diseases, cancer, cardiovascular disorders, biomedical imaging, regenerative medicine, infectious diseases, and many other topics. Physicians on the School of Medicine faculty deliver world class medical care through more than 30,000 inpatient, 80,000 emergency room, and approximately 350,000 outpatient visits annually at Stony Brook University Hospital and affiliated clinical programs, making its clinical services one of the largest and highest quality on Long Island, New York. To learn more, visit www.medicine.stonybrookmedicine.edu.