Study Sheds Light on Use and Effectiveness of Sexual Assault Hotlines 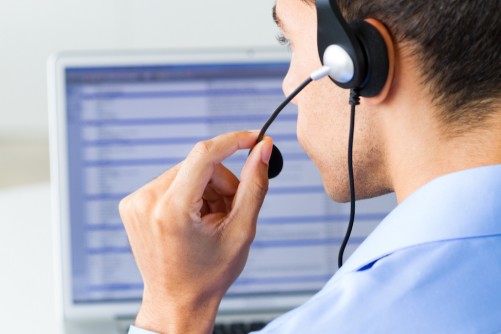 Telephone hotlines play an important role in providing immediate support for survivors. Despite their wide popularity, very little is known about if, and how, they meet their goals.

Newswise — Since the 1970s, sexual assault hotlines have grown in popularity in North America as conduits for survivors, their loved ones and professionals to unite for immediate support. Today, there are more than 1,000 crisis hotline affiliates in the United States alone. Yet, despite their widespread use, much remains unknown or unclear about their service efficacy. “For traumatic events in general, it is well known that telephone hotlines play an important role in providing immediate support for survivors,” said Marianna L. Colvin, Ph.D., assistant professor in the School of Social Work at Florida Atlantic University and author of a recent article published in the journal Violence Against Women. “Despite the wide popularity of hotlines, we know very little about if, and how, they meet their goals. Furthermore, community programs have limited evidence-based guidance for developing or implementing training curricula, or ‘best practice models’.” To address this issue, Colvin and collaborators from the University of Georgia examined telephone calls received by a regional sexual assault hotline in the Southeastern U.S. over the course of five years. Using a case analysis design, the study explored how victims and the public used the hotline service by identifying the frequency and types of callers, the time gap between an incident occurring and contacting the hotline, categories of assault and what services and referrals were provided. The data were then compared for congruence with the stated agency’s program goals and volunteer training curricula to assess whether content adequately prepared volunteers for the reality of hotline usage. In addition, implications for hotline training and practice recommendations were provided based on the nature and content of the calls from this data set.

Results of the study show that 40.7 percent of the callers were victims themselves. Callers were female in more than 80 percent of both victim and non-victim categories. The majority of non-victim callers identified having a relationship to a primary victim (44 percent). Of these callers, 49.1 percent were professionals (mostly medical and law enforcement staff), followed by family members (37.7 percent) and friends (13.2 percent). Victims were 86.5 percent female and 13.5 percent male. Of calls identifying the victim’s age, 46.7 percent were minors, 30.8 percent were between 18 and 24, and 22.5 percent were 25 or older. Most calls reported were sexual assault with physical contact (42.9 percent). The median duration of a call was five minutes, with an expansive range between less than 1 minute and 125 minutes. Calls were distributed as highly severe (45.3 percent), moderately severe (24.8 percent) and low in severity (29.9 percent).

“By examining the time frame of the assault in relation to the time of the hotline call, it’s evident that the hotline is primarily accessed as a ‘crisis service’,” said Colvin. “Although more than half of the calls were made within 72 hours of the assault, we were very surprised to find that the next most frequent calls involved calls made three or more years after the assault took place. This demonstrates the necessity for hotline staff to be prepared to respond to both immediate and long-term effects of assault.”

According to the National Intimate Partner and Sexual Violence Survey (2011), almost one in five women and one in 71 men have experienced rape at some time in their lives. Researchers estimate that these reports underrepresent the actual number of sexual assaults occurring in the population due to barriers such as a victim’s sense of shame, social stigma and reluctance to use services. Young people are disproportionately affected by sexual violence. In a national survey of adults, 42.2 percent of female rape victims were first raped before the age of 18. More than 12 percent of female rape victims and 27.8 percent of male rape victims were first raped when they were aged 10 years or younger.

“Hotline workers must be trained and prepared to handle the immediate emotional impacts of sexual assault, as well as the long-term emotional impacts of sexual assault,” said Colvin. “As many of those calling immediately were professionals or secondary victims assisting someone else, a thorough knowledge of community resources and linkages also is crucial. And because hotlines are anonymous, how we’re providing services to a population of people who may not be interfacing with another service is critical for supporting clients who have needs and may not be reaching out in other ways.”