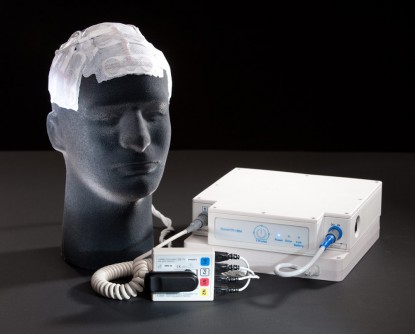 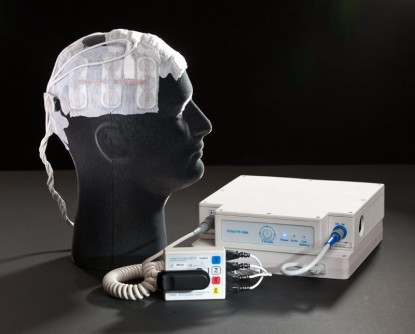 Newswise — Data from the first phase III clinical trial of NovoCure’s NovoTTF device for treatment of patients with recurrent glioblastoma (GBM) were presented today as a late breaking abstract during the Neuro-Oncology session at the American Society of Clinical Oncology (ASCO) Annual Meeting in Chicago. Study results show that NovoTTF, a novel, noninvasive, portable medical device, may be as or more effective than the best available chemotherapies for GBM, but without the toxicity usually associated with cytotoxic or targeted treatments.

“We are continuously researching treatments that offer patients with recurrent glioblastoma a better quality of life while not compromising potential efficacy or patient safety,” said Philip Gutin, M.D., primary investigator for the study; chair of the Department of Neurosurgery, coexecutive director of the Brain Tumor Center, and Fred Lebow chair in Neuro-Oncology of Memorial Sloan-Kettering Cancer Center. “Data from this non-invasive, non-chemotherapy option are encouraging, and could establish this device as another treatment option for this population.”

The randomized, controlled, phase III clinical trial compared NovoTTF monotherapy with the best available chemotherapy, as determined by the study physicians in the US and Europe, in patients with recurrent, late-stage GBM. In the intent-to-treat population, patients treated with NovoTTF lived as long as those treated with the best available chemotherapy, including bevacizumab (median overall survival 6.6 months vs. 6.0 months; p=ns). Overall response rate (complete and partial responses according to investigator assessment using Macdonald Criteria) was higher for NovoTTF compared with chemotherapy (11.7% vs. 5.9%).

In addition, NovoTTF treatment was associated with 3-4 times fewer infections, and less hematological and gastrointestinal side effects compared to standard chemotherapy. In the NovoTTF-treated group, mild-to-moderate skin irritation (mainly rash) beneath the device electrodes was the most frequent treatment-related adverse event (less than 20% of patients). Skin irritation was generally resolved using topical corticosteroids and by periodic relocation of the device electrodes.

“In the study, NovoTTF proved to be a valid treatment option for cancer patients. The study showed that NovoTTF was well tolerated by GBM patients and should be considered a reasonable treatment option for recurrent GBM,” said Roger Stupp, M.D., of the Department of Neurosurgery of the University of Lausanne Medical Center (CHUV), Switzerland. Dr. Stupp is a world renowned leader in glioblastoma research and father of the standard of care “Stupp protocol” using combined radiotherapy and temozolomide in newly diagnosed GBM patients.

“We’re pleased to present the first phase III data for this novel treatment modality, which holds promise for people with recurrent GBM,” said Asaf Danziger, chief executive officer of NovoCure. “The NovoTTF is approved for sale in Europe. NovoCure is planning to submit a premarket approval application (PMA) to FDA in the near future. We look forward to our interactions with the U.S. Food and Drug Administration on the PMA and we are hopeful that NovoTTF will be made available in the future to U.S. patients.”

An ongoing US and European, multi center, phase III study of NovoTTF combined with chemotherapy for the treatment of newly diagnosed GBM was initiated in 2009.

The NovoTTF is an investigational device in the United States and has not been approved by FDA for sale in the US for any use. NovoCure currently has CE Mark for NovoTTF and the treatment is available to patients in Europe.

ABOUT NOVOTTF Novo-TTF is a novel, non-invasive, portable medical device developed by NovoCure Ltd. The device disrupts the division of cancer cells in the brain using alternating electrical fields delivered by means of insulated electrodes applied to the surface of the scalp. The electrodes generally resemble bandages with wires attached. The device is powered by a small lightweight battery pack. Patients carry the Novo-TTF device in a specialized over-the-shoulder bag and receive continuous treatment without changing their daily routines.

ABOUT NOVOCURE Founded by Dr. Yoram Palti, NovoCure is a subsidiary of Jersey Isle based Standen Ltd., a private company dedicated to developing innovative therapies to help patients suffering from cancer. NovoCure’s research center is located in Haifa, Israel. The company has clinical and pre-clinical research operations in the U.S. and Europe. For additional information about the company, please visit www.novocuretrial.com. EDITORS NOTE: High resolution device photos available by request. 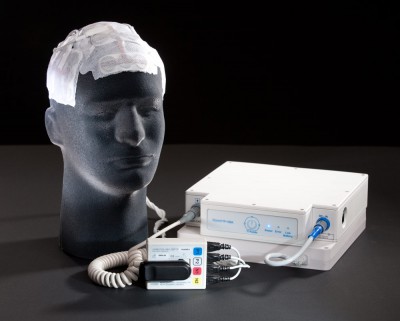 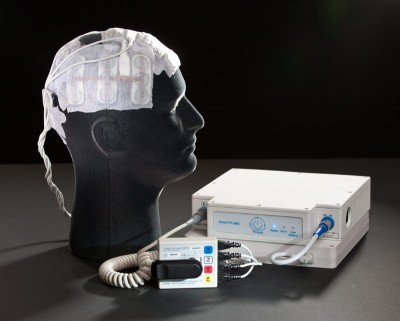